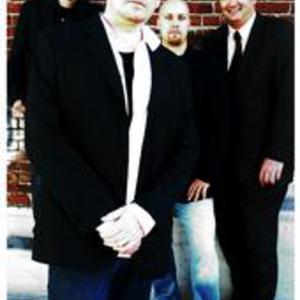 Arthur J. Snottington III, critic About BABIHED In the mid-1990s, amid blaring feedback, Babihed finished a raunchy set at Denver's Lion's Lair. The fans, including Billy Corgan of Smashing Pumpkins fame, ended up outside, on East Colfax, recovering the shards of the guitar Mike Machine Gun smashed in the street. Then, in keeping with the band's gentlemanly decorum, the throng was invited back inside for a final round ? "On the tab of Punk's Princes!"

About BABIHED
In the mid-1990s, amid blaring feedback, Babihed finished a raunchy set at Denver's Lion's Lair. The fans, including Billy Corgan of Smashing Pumpkins fame, ended up outside, on East Colfax, recovering
the shards of the guitar Mike Machine Gun smashed in the street. Then, in keeping with the band's gentlemanly decorum, the throng was invited back inside for a final round ? "On the tab of Punk's Princes!"

Now, through the magic of the Internet, you can experience the explosive quartet's raw fury from the relative comfort of home. Hear singer Jimmy Lightning, the West's own "perverted Elvis," warble lyrics worthy of Hunter S. Thompson, as the Rocky Mountain News opined. Imagine a front-row seat at the Cricket on the Hill as Bill "The Rake" Houston, the band's sweaty bassist (and a coach on NBC's "Friday Night Lights") practically leaps across your davenport "like a mad math teacher on Thorazine." Kick back to the karate-chop chops of Pete Sake, a worthy replacement for Mark Dee on drums. And think, "Ooooooh," as the furious Machine Gun channels the ghost of Link Wray on "Motorcycle Death Club" ? a tribute recorded on the day the Rumbleman rambled Heavenward unbeknownst to the band.

Babihed, dubbed by fans as "legends" and their legion of haters as "losers," offer an intoxicating cocktail of Old Tyme punk and angst. It's like drinking a 6-pack of 40-ounce malt beers and waking up the next day with your pants around your ankles and a quixotic sense that somehow the universe supports your reckless abandon in every way.

The band famously opened for Korn at Denver's Mercury Cafe ? Korn's first tour? only to be booed off stage when Machine Gun held up his guitar and proclaimed to the mostly-male throng, "I didn't get into rock-n-roll to play no sausage fest!" The only hotties in the club shielded Mikeand the boys from a barrage of beer cups, helping them off stage and out the side door as members of Korn flipped them the bird. The sour response didn't keep the band from later appearing with other national acts, such as the Cherry Poppin' Daddies when the Daddies were a ska band, and at KTCL's Big "Schlock" Adventure with the Violent Femmes and Pretenders.

While stadium shows are hard to top, the lads agree that some of their best shows were in tiny, packed bars ? places like 7 South (today the HiDive), the now-defunct 15th Street Tavern, the Lion's Lair and, of course, the Cricket, where whiskey-drinking country star Denver Joe once bounced Machine Gun before embracing him as a life-long friend. Then there were the "Bill Gigs," including an AIDS "Rock-a-Thon" in the parking lot of a Catholic church that in reality was a gathering of aged parishioners knitting quilts in rocking chairs! The show must go on, the band said, and played until a priest begged them, very politely, to stop. Along the way, Babihed released several recordings, including "$2.98 + Tax," which sold for $3 at the defunct Local's Only in Denver's Capitol Hill. They also sold thousands of copies of their worst recording ever ? "Speed Crazy," the paltry result of a single hung-over day in a small studio.

There were several other recordings, many live bootlegs, and videos, including "Whore" and "Lies," both of which were in regular rotation on the now-gone Teletunes, called FM-TV before the existence of MTV, that broadcast along the Rocky Mountains. Despite ups, including label interest, the band squabbled internally, levying "Yoko" accusations against each other. Consequently, members quit. Jon "He-Man" Heman replaced Mark on drums for about a year. Artist John Mather replaced Bill on bass for about as long. Houston and Dee later returned for Babihed's glory days. About two years later, Machine Gun quit (or was kicked out) to form the Commerce City Rollers with 57 Lesbian bassist and scene sweetheart Jenae. Guitarist Jens Carlsen came to the rescue, joining Babihed.

But the writing was on the wall and the band finally broke up, having claimed several tours, responsibility for the sale of tens of thousands of glasses of beer, some of the biggest shows in Denver rock history, much smashed equipment, the enabling of crazed managers, a few broken hearts and, unfortunately, a paternity suit. Jim, Bill, Mark and Jens soon formed New Country Boy, a country-punk group. Machine Gun soon left the Rollers to front a couple of bands, including the Saturn Landers, known for its song "Kathleen," a video that for some strange reason is still occasionally played as end-of-the-day filler on KBDI Channel 12. He also founded Electrolux, a punk/surf outfit, that soon had Dee in the line-up alongside Bender's club mogul/Railbenders bassist Tyson Murray. But these would be short-lived bands for Machine Gun, who also toured with 34 Satellite, an alt-country band. Perhaps Machine Gun's most revered post-Babihed project was The Lovely Lads, a garage-shock combo, with legendary Denver drummer Madison Lucas, guitarist Jeff Speral (of Gamma Rays fame) and bassist Elie Kimura, a mainstay in several Rocky Mountain megabands.

Eventually the four 'Heds, as they are called by band insiders, woke up bleary-eyed from the realities of the 1990s and the early 2000s, their leather jackets gathering dust, donning loafers (all except Bill who tragically was born wearing loafers, making him a constant easy target for Lyndon LaRouche's presidential campaigns). The promises of recording deals and beer sponsorships had dried up. The radio wasn't playing their songs anymore. (Maximum Retox was played on KGNU by DJ Sin last year.)

Their biggest fans had kids. Some even died because of drug addictions. And the members settled on more lucrative, yet pedantic, working lives, lured, as Lightning admits, by creature comforts such as nutcrackers, beds with sheets, Cat Fancy magazine and TV remote-controls. Today, Lightning is a lawyer. Dee, a plumber, has finally become the vice president of an international plumbing syndicate. The bright lights of Hollywood lured Houston like a moth. He's an actor. And Machine Gun turned to writing. He's an award-winning journalist. No kidding. Still, the boys were plagued by Glory Day memories and could sit back for hours spinning stories, such as the time rumors flew in the Denver press that Bill was killed in a confrontation with federal agents, just like the rumors in the late 1960s that Beatle Paul McCartney wasn't dead. There's the time when the band's U-Haul trailer caught fire while on tour. So many stories. So the four bought a six pack, dusted off their equipment and began rehearsing in 2004. Then they returned to the stage to see, as Lightning put it, "if we can still rock." It was shaky ? as Babihed always is live ? but the rock was there.

As such, they've been playing regularly, for a time with rotating members. At present, the band have settled down with one modification: Pete Sake is on drums. Sake, a father, banker and business student, comes via several Denver bands and is a founding member of the experimental Royal Baby, which Heds tell him he should spell Royal Babi. That said, everything is peachy with Dee, who was on hand in August of 2007 to shake the foundations of the Lion's Lair just before the band took hiatus. Houston is currently in Austin, Texas, working on a television show. Look for more Dee sightings. Machine Gun and Jim are writing songs that are very un-Babihed. "It sounds like Johnny Cash meets the Velvet Underground," explains Machine Gun. As for Babihed, they're in occasional reunion mode. So, if they are playing, for God's sake, go see them. It might be your last chance. OK, that's what's been said for about a decade. But it was always true then and it is true now.

Whatever the band does next, you can be certain that when you hear Babihed it will be loud and fun. Buy the CD. It's great for long, angry drives down isolated stretches of highway. And buy another round barkeep. Make mine Babihed!