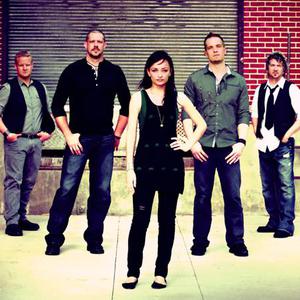 "Bayless" was formed in 2009 out of Wichita, KS. Formerly known as "Jared Bayless Band" (co-lead singer Jared Bayless), "Bayless" formed with the addition of Jared's wife Vanessa's vocals becoming an intricate part of the band's sound. "Bayless" has quickly become an up and coming band, sharing the stage with the likes of Thousand Foot Krutch, Disciple, Building 429, Mikeschair, Chasen, to name a few. The combination of powerful melody lines, heavy guitar riffs blended with piano and toe tapping rhythms, "Bayless" has caught the attention of many listeners abroad.

In 2010, "Bayless" was one of the winners of the Air 1 Battle of the Bands competition in KC, along with SameState and Cole DeRuse. "Bayless" has been blessed to have their songs on stations ranging from Maryland, Virginia, Kansas, Missouri, Nebraska, and Texas and privileged to play at such venues as Arrowhead Stadium and the Rock The Light Festival with several other big name artists. They are also featured in the October issue of HM magazine as the "Pick Of The Litter". "Bayless" consists of members: Vanessa & Jared Bayless, Tate Moore, Rod Nance, & Dan Rivers.

"Bayless" wants to continue to reach people with the message of the music and continue to help people in all walks of life, while challenging their faith and worldview.

First off, this is a ministry. We love and serve our savior, Jesus Christ with all our hearts. And it's our desire to share that love with others around the world. We believe one of the most effective ways to reach others is by simply listening to their stories.

Our music is inspired by these stories. Stories of addiction, loneliness, hope, loss, love, perseverance, deception... light and darkness...

If even one person's life is impacted by something we've written, then we're already a successful band.

Give us 45 minutes to tell you our story, then come talk to us after and tell us yours. Who knows? We might even write a song about it...