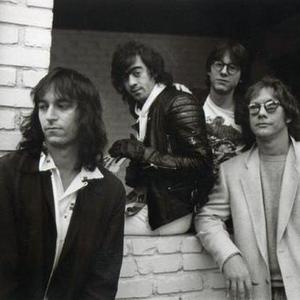 Hindu Love Gods formed in Athens, Georgia, United States in 1984. The original lineup was Peter Buck (guitar), Mike Mills (bass), Bill Berry (drums), Warren Zevon (piano) and Bryan Cook (vocals). This lineup released one single, "Narrator", without much success. Buck, Mills and Berry joined Zevon on his album Sentimental Hygiene. During an all night (and supposedly drunken) studio session, the four recorded the album Hindu Love Gods, without Cook and featuring Zevon on lead vocals. The result of this session was released in 1990.

The song that received the most attention was a rock version of Prince's 1985 hit, "Raspberry Beret" which reached #23 on the Billboard Modern Rock chart. The band has been inactive as a unit since 1991 and will remain that way due to Zevon's 2003 death.