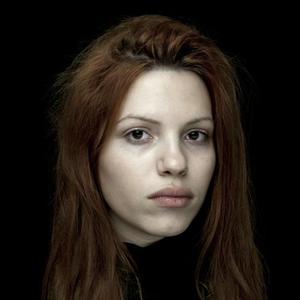 Soap&Skin is the experimental musical project of Austrian artist Anja Plaschg (born 5 April 1990). Anja Plaschg grew up in a small village called Gnas in south east Styria, where her parents have a farm. She has played piano since she was six. At the age of 14 she began violin studies and developed an interest in electronic music. She attended the Graz Polytechnic for Graphic Design, but dropped out at 16 and moved to Vienna shortly afterwards. There she studied art at the Academy of Fine Arts in the master class of Daniel Richter, but at 18 dropped out again.

Musicians like Xiu Xiu, Cat Power, Bj?rk, Nico, Aphex Twin and composers like Sergei Rachmaninoff or Arvo P?rt have had a great impact on her music.

After only playing a handful of concerts she was already being dubbed a "Wunderkind". In 2008 she played German singer Nico in the play "Nico - Sphinx aus Eis" by Werner Fritsch in Berlin and Vienna, performing several songs in it, including "Janitor Of Lunacy", from her first EP.

Her first album, called "Lovetune for Vacuum", was released in March 2009. It received excellent reviews and placed in the Austrian Top 10. The album also achieved chart positions in Germany, Belgium and France. Music journalists have already claimed to see in her a new star of Austrian pop.

In 2010 her song "Mr Gaunt Pt 1000" was used in the television commercial for Ford's Mondeo. In the 2010 French film "Mes ch?res ?tudes" (also known as "Student Services"), the song titled "The Sun" plays during the credits. Her tracks 'Brother of Sleep' and 'Marche Fun?bre' were used in the soundtrack for Universal Pictures thriller 'War Games: At the End of the Day' in 2010.

The death of her father in 2009 was a key element on her mini-album Narrow, which was released in February 2012.

From Gas To Solid / You Are My Friend