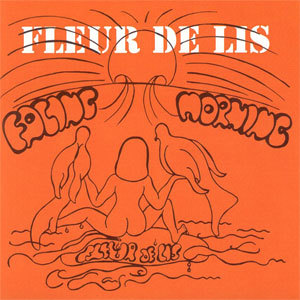 Fleur De Lis came from Skive in the middle of Jutland/Denmark and was founded by two friends in spring of 1970 who had been played at the local progressive blues-bands "The Fog" and "The False Image" before. Quickly some highschool friends were found and Fleur De Lis was born. For a longer time sessions were hold at Krabbesholm Hojskole?s theater hall. The very first gig took place at a local club. After this they played all over Denmark, excluding Seeland, innumerable gigs. Fleur De Lis did one short tour, but normally drove home after the gigs because of the fairly short distances in Denmak.

In 1972 their only record came out as a private release and in a number of 500 copies and was titled "Facing Morning". For educational reasons several bandmembers left Skive and so Fleur De Lis was disbanded in the spring of 1973. The completely own compositions present progressive rock of the best kind and with an interesting own style, which can convince by fine guitar-parts as well as by the congenial organ-play in addition with the fine male and female vocals. The lyrics are parts in Danish and in English, some of the tracks are instrumental.

In The Midst Of Chaos There Is Stillness