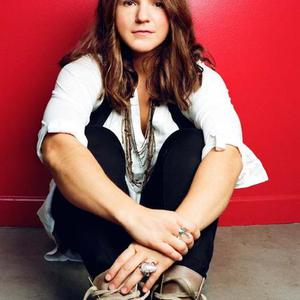 In the little more than three years since she grabbed her acoustic guitar and took the stage for the first time, Chicago-based singer/songwriter Daphne Willis has grown from a feisty neophyte into a self-assured, marvelously expressive artist with a bracingly seductive sound. The 22-year-old's Vanguard debut album, What to Say documents Willis' voyage of self-discovery, while also standing as a captivating introduction to a remarkably fresh voice with a distinctive point of view?one that both reflects and scrutinizes the social patterns of her generation.

The album interweaves relationship songs (?Bluff,? ?Love and Hate?), interior dialogues (?Still Tryin',? ?Pulled Tight?) and pieces inspired by the need for catharsis?her own and, by extension, that of her listeners (?Not Always Easy,? ?Swirl?). These dozen songs also reveal a young woman in firm possession of a supple, hyper-melodic style, writing with a sophistication that belies her age. Because of the silky, disarming ease of her songs, Willis has been described as a female Jack Johnson, but below the surface this introspective yet life-embracing young artist brings a cutting-edge liveliness to the confessional singer/songwriter tradition that recalls the music of Rickie Lee Jones at the same age. Like Jones three decades earlier, Willis is turning the conventional notion of the young woman with an acoustic guitar on its ear.
Willis began recording the tracks that would grow into What to Say on her own, with the help of Chicago-based engineer Stephen Shirk, planning to release it herself. Serendipitously, Vanguard and Welk Music Group head Kevin Welk plugged in his earbuds during a flight on American Airlines and heard several cuts from her self-made 2007 EP Matter of Time on one of the in-flight music programs. Immediately hooked by Willis' vocal emotiveness and the depth of her writing, Welk wasted no time tracking her down.
The youngster, who hadn't given a thought to looking for a record deal, was knocked out by the enthusiasm of Welk and Nashville-based Vanguard A&R rep Gary Pascoza, who'd been dispatched to Chicago to check out a club set. Pascoza wound up lending his expertise to the project. ?Gary's a really talented guy who's worked with Natalie Maines, the Dixie Chicks and Alison Krauss,? says Willis. ?So, from a vocal standpoint, his involvement was an extra bonus and an excellent opportunity for me to grow.?
Working in a Chicago studio with Pascoza producing, Willis developed seven of the tracks to their final form. In what turned out to be a canny move, Pascoza then suggested that she tackle the remaining five with Nashville-based producer Tim Lauer. Armed with fresh ears, Lauer ?revved up? these tracks (as Willis delightedly puts it) with funky basslines, snarling electric guitar licks and Memphis-style horns, underscoring the soulfulness of her vocals.
The visceral results of these deftly placed overdubs can be heard on the one-two punch of ?Everybody Else? and ?Bluff,? a pair of tracks so vital that they simply had to open the album. Lauer's handiwork is also readily apparent on the slammin' rocker ?All I Know? and the title song, a smoky soul ballad that wouldn't be out of place on Dusty in Memphis. And on ?Not Always Easy,? as electric guitars peck away and the horns slip in and out like cat burglars, Willis breaks out an acrobatic, syllable-hopping vocal that recalls Jason Mraz at his most tongue-twisting. There seems to be no limit to what she can do with her elastic alto.
The buoyant musical settings of What to Say are juxtaposed with Willis' thought-provoking lyrics, which delve with withering candor and remarkable insight into the psychological complexities of coming of age and struggling with relationship issues in the first decade of the 21st century.
The rousing ?Everybody Else,? says Willis ?has to do with our culture and my generation, which are so media-driven and conformist. People tend to act and dress a certain way because they're told to or because it's what they're surrounded by and comfortable with. It's an open-ended, optimistic song with a bit of sarcasm about breaking out of your shell, crossing the boundaries you've set and being original.?
Describing the emotionally turbulent yet lilting ?Bluff,? she says, ?When we're young, we're not sure what we want because we haven't fully experienced everything out there. This song is about a rough breakup that went back and forth for quite a while and took a lot of patience on both ends.?
As for the songs of release, Willis explains, ?If I'm stressed out or feeling down, I'll write something in that space, and when I play it back, it calms me down and helps put things in perspective. I'm like everybody else?I get caught up in the heat of the moment, but in the long run that moment is not really that big a deal. A lot of drama is created by things that don't really make much of a difference in the big picture. Some of the songs were inspired by the need to relax, tune out and get away.?
What to Say closes powerfully with the heart-wrenching acoustic ballad ?Jim Thornton,? written for and about Willis' maternal grandfather, who died last year. ?He was an awesome guy, really funny,? she says. ?He'd been on kidney dialysis for a long time, and he just got tired of it because he wasn't able to do the things he wanted with his life anymore. So he decided to go off dialysis, and we all lucked out because it isn't that often you get a chance to say goodbye. So we all went down to Houston, where he lived, and had a party. That was a really eye-opening experience for me, because I had yet to have someone close to me pass away. The way in which he faced his death, with such grace, really inspired a lot more than a song.?
There's another aspect of this undertaking that Willis finds especially gratifying. ?My favorite part of the whole thing is the interaction,? she says. ?I've met so many people with the same kind of ideals and interests. I love it that people are connecting through my music. Speaking philosophically, life is short, and I'm just trying to get people to calm down and enjoy these moments together.?