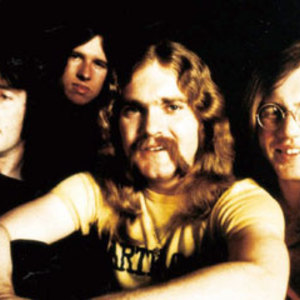 Billy Thorpe and the Aztecs were an Australian pop and rock group dating from the mid-sixties. The group enjoyed huge success in the mid-1960s, but split in 1967. They re-emerged in the early seventies to become one of the most popular Australian hard-rock bands of the period. Thorpe died from a heart attack in Sydney on February 28th, 2007. Reformations As is typical of many Australasian groups of the era, The Aztecs went through many incarnations.

As is typical of many Australasian groups of the era, The Aztecs went through many incarnations. Originally formed in Sydney in 1963, the first lineup consisted of lead singer Billy Thorpe, whose powerful voice and showmanship have made him one of the most popular and respected rock performers in Australian music. The rest of the group comprised drummer Col Baigent, bassist John "Bluey" Watson and guitarists Tony Barber and Vince Maloney (who later played with The Bee Gees).

The group broke through in mid-1964 with a massive nationwide hit, their cover of the Leiber and Stoller classic "Poison Ivy", which famously ousted The Beatles from the #1 spot on the Sydney charts at the very moment that the group was making its first and only tour of Australia -- a feat which resulted in Thorpe being invited to meet the Fab Four at their hotel. Over the next twelve months the band reigned supreme as the most popular 'beat' group in Australia, scoring further hits with the songs "Mashed Potato", "Sick And Tired" and "Somewhere Over the Rainbow", until they were eclipsed by the emergence of The Easybeats in 1965.

During 1965 the original Aztecs quit after a financial dispute, so Thorpe put together a new five-piece version consisting of drummer Johnny Dick, pianist Jimmy Taylor, guitarists Col Risby and Mike Downes and NZ-born bassist Teddy Toi. This group performed until 1966, scoring further hits with "Twilight Time", "Hallelujah I Love Her So", "Love Letters" and "Word For Today".

Thorpe went solo in 1967 and for a brief time he hosted his own TV pop show, It's All Happening, but personal problems and a widely publicised bankruptcy brought this phase of his career to an end in 1968.

In 1969 Thorpe decided to go to England, after being offered a recording deal by the Australian-born, London-based impresario Robert Stigwood, who had risen to become manager of The Bee Gees and Cream. While rehearsing a backing band in Melbourne that would form the basis for a new Aztecs, the guitarist unexpectedly dropped out, leaving Thorpe to assume lead guitar role at short notice. It marked another turning point in his career and from this point on Thorpe played lead guitar in The Aztecs as well as continuing as lead vocalist. His planned six-week stay in Melbourne soon stretched into months and eventually Thorpe decided to remain in Australia and re-launch his career.

There is some controversy to the exact time Thorpe returned to Australia from England and started performing with a new Aztec lineup. A group of students at Ashwood High School in Melbourne got permission from Billy to record a live performance of Billy Thorpe & The Aztecs at a biweekly dance called Spectra, in 1969.

Thorpe himself openly acknowledges that this new 'heavy' version of the Aztecs owes much to 'guitar hero' Lobby Loyde. Lloyde already had a cult following due to his stints in two of the most original Australian bands of the Sixties, The Purple Hearts and The Wild Cherries. While his stint in the new Aztecs was short (only a few months), his musical influence proved crucial in steering Thorpe in a completely new direction, and he strongly encouraged Thorpe to keep playing guitar.

The new Aztecs' blues-based heavy-rock repertoire was dramatically different in style from the original group, and they quickly became famous (or notorious) for the ear-splitting volume at which they played. Thorpe had also drastically changed his appearance -- he grew a beard, often wore his now shoulder-length hair braided in a pigtail, and he had long since traded the tailored suits for jeans and t-shirts. Needless to say this did not endear to people who came to the shows expecting the 'old' Billy Thorpe of the "Poison Ivy" era, and this led to sometimes violent confrontations with disgruntled fans and promoters.

Their breakthrough recording was an ambitious album, The Hoax Is Over, recorded in September 1970 with new drummer Kevin Murphy. The album was an unequivocal signal of the Aztecs' new direction, containing only four tracks, three of which were Thorpe originals. The LP is dominated by two extended tracks: a version of Johnny "Guitar" Watson's "Gangster Of Love", which clocked in at 24:35 and ran the entire length of Side 1 (an unprecedented move in Australian pop music) and Thorpe's own "Mississippi" which ran 19'35". According to Thorpe, the band (which at this time comprising himself, Murphy, pianist Warren Morgan, guitar legend Lobby Loyde and bassist Paul Wheeler), were all high on LSD and jammed continuously while engineer Ernie Rose just let the tapes roll. The result heralded the fully-fledged arrival of the new Aztecs and live shows at Melbourne venues consolidated the band's reputation and drew enthusiastic responses.

During 1971 they continued to win over Melbourne's audiences with their power-blues repertoire, A landmark event for the band took place on 13 June 1971. Now a four-piece following the departure of Loyde, the Aztecs (Thorpe, Morgan and Wheeler, with new drummer Gil "Rathead" Matthews) headlined a major concert at the Melbourne Town Hall before a capacity crowd of 5000. The evening's performance, including Morgan's commandeering of the huge town hall organ, was captured on the album Live at Melbourne Town Hall, and which has since become legendary for the group's deafening performance, which (it was claimed) cracked the windows of neighbouring buildings.

By contrast, the pastoral-sounding "The Dawn Song" was released in '71. A moderate hit, it displayed the musical diversity of Thorpe and his colleagues at this time.

In early 1972 the Aztecs released what became their biggest hit, the song which became Thorpe's signature tune -- "Most People I Know (Think That I'm Crazy)", a song now widely regarded as one of the classics of Australian rock. It was a huge national hit for the new Aztecs, going Top 5 in all cities (there was no national chart at this time), propelled to the top of charts by the band's triumphant appearance at the legendary 1972 Sunbury Music Festival. Thorpe himself sees this as a pivotal moment in the development of Australian music, thanks to the promoters' decision to feature an all-Australian lineup, rather than relying on imported stars.

While by no means the first of Australia's outdoor rock festivals, Sunbury '72 has assumed the mantle of "Australia's Woodstock". It was held at the end of January, 1972, over the Australia Day long weekend. The venue was a natural amphitheatre site on farmland near Sunbury, a rural town north of Melbourne, Victoria. The Aztecs shared billing with such other prominent acts as Spectrum/Murtceps, The La De Das, Max Merritt & the Meteors, SCRA, Pirana, Greg Quill's Country Radio and many others. But the main event of the festival was undoubtedly the Aztecs' triumphant appearance, which soon acquired legendary status.

Part of the Aztecs' set was issued on the double-album recording, Sunbury [EMI-HMV SOXLP 7561/2], and it was also captured on the film made of the event. A double-album collecting the Aztecs' full set, Live at Sunbury [Havoc HST 4003/4] was issued later in the year and this has recently been reissued on CD. In mint condition, the original LP release, with pop-up inserts, is much sought after by collectors today.

After the release of "Most People I Know" they released a follow-up single, "Believe It Just Like Me", which attacked local radio's preference for overseas material, but it failed to emulate the success of "Most People", which remains their best-known song.

The band repeated their festival success at Sunbury '73, and a record culled from this performance, Summer Jam, was released later in the year. They enjoyed another triumph by selling out the Myer Bowl in Melbourne, in marked contrast to their abortive excursions to the UK earlier in the year. It is said that a major reason that their Marquee Club gigs in London failed was that British audiences could not tolerate the group's punishing volume.

During 1973 Thorpe collaborated on a duo album with his long-time friend and colleague Warren "Pig" Morgan, the LP Thumpin' Pig and Puffin' Billy. Morgan and Thorpe also co-wrote and produced, with the Aztecs backing, a highly regarded single, "Looking Through a Window", for soul-blues singer Wendy Saddington.

In August, Thorpe switched record labels from the independent Havoc to the newly-opened local arm of Atlantic Records, releasing "Movie Queen" and "Don't You Know You're Changing?" as solo singles of singles, although they featured most of the Aztecs line-up. Late in 1973 the group mounted a band's farewell concert at the newly-opened Sydney Opera House, becoming the first rock band to perform there. The concert was recorded and released as a double album, Steaming at the Opera House. The show consisted of three one-hour sets, the first acoustic, the second, an elaborately-staged concept suite called "No More War". The third set was an all-in all-star jam, reuniting Thorpe with former bandmates Lobby Loyde, Kevin Murphy and Johnny Dick.

Before disbanding, the Aztecs recorded one more album for Atlantic, the provocatively titled More Arse Than Class, after which Thorpe embarked on a solo career. He released several more solo albums in Australia before re-locating to the United States, where he embarked on a series of business ventures, including a successful toy company with his old bandmate Tony Barber.

In 1991 Billy Thorpe was inducted into the ARIA Hall of Fame. In the late 1990s Billy Thorpe returned to Australia, where he was recognised as one of the elder statesmen of Australian music. His talent and his powerpacked voice were virtually untouched by the passing of the years and he continued to perform energetically around the country until his untimely death at age 60.

Billy Thorpe played his last gig at Westernport Hotel in San Remo, Victoria, on Sunday 25th February, 2007. He died of a heart attack at St Vincent's Hospital, Sydney, in the early hours of Wednesday, 28th February 2007. Tributes soon flowed readily for this legend of Aussie music.

It's All Happening - 23 Original Hits

Pick Me Up & Play Me Loud

The Hoax Is Over (Vinyl)

Don't You Dig This Kind Of Beat (Vinyl)