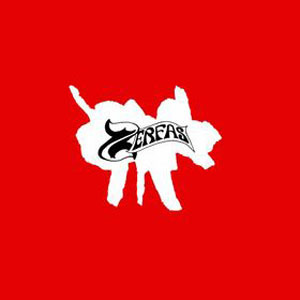 "One of the top local jobs in the 1970s epic psych-rock bag with an awesome westcoasty panorama soundscape, strong vocals and brilliant late-Beatle style songwriting." Came from the famed 700 West Studios in New Palestine, Indiana, US. Moe Whittemore recorded between 1972 and 1983; literally dozens of singles and albums came from there. "...The first side is as good as the A-side on Marcus and the vaguely progressive moves on the flip talented and focused as well, with a peak in the tremendous "Piper" closing track.

The album sides open with what are arguably the two weakest tracks, which may turn some listeners off, but patience will pay off most gloriously. A Midwest masterpiece with wide appeal, firmly on my personal 70s top ten. I recommend the first, legal reissue from tapes for the best trip on this outstanding "Abbey Road" out of Indy. Unfortunately 125 copies of this reissue were defective so only 375 went into circulation. The Radioactive reissues have a poor mastering job and are not recommended. [PL]
~~~
Stunning psych album can only be described as what might have happened if the Beatles had pushed the psychedelic experiments of Revolver into late 60s/early 70s territory and re-discovered their youth at the same time. An album that is so chock full of ideas, great songwriting, and clever production tricks that I discover something new on every single listen. This is an example of ambitious kids setting out to make the world's greatest record, and pretty much succeeding. Among the many things to love about this album is the lead guitar sound, the most perfect I've ever heard. An album that pretty much blows away everyone, and that rare proof that with enough time and attention a private press can match any major label recording. [AM] ..." (www.lysergia.com/AcidArchives/lamaArchiveZ.htm)