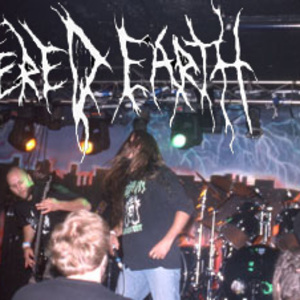 Withered Earth unleashed its music to the world in 1995 through its demo entitled, "Abolish in Thorns", thus beginning a new dark age in metal. By the release of its second demo " Icaronycteris" in 1996, Withered Earth had claimed a stronghold in the metal underground.


In 1998, Withered Earth released its first full length "Forgotten Sunrise" in Europe through Cryptic Soul Productions (Italy). It was not released in the USA UNTIL 1999 through whitenoise records. Supporting the US release, Withered Earth toured the East Coast with Nile and monstrosity, and performed at numerous Metal fests including New England Metal and Hardcore fest, Milwaukee metal fest.


Withered Earth signed to Olympic Recordings in 2000 and released its debut CD "Into the Deepest Wounds" in spring of 2001. Withered Earth embarked on a tour of destruction in the spring of 2001, supporting Decide, Marduk and Gorguts. Upon the completion of the deicide tour, withered earth immediately joined Vader, Skinless, Origin and Impaled to continue the metal mayhem throughout the US. The touring proved to be too much for their original drummer, and he was replaced in September of 2001.


Withered earth completed recording of its second full length for Olympic recordings entitled "of which they bleed" at mars studio and dms studios. The cd package includes artwork from Derek hess, and was designed by the infamous sons of nero.

Of Which They Bleed