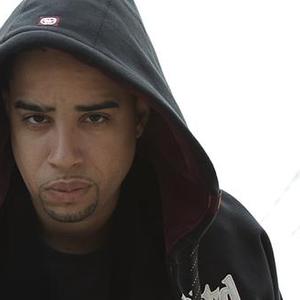 From the newest of the new jacks to the most seasoned of the vets, every rapper has something to say about how the game has changed. Will Vill has plenty to say himself, but unlike so many others, he's not here to complain about how so-and-so dropped the ball or how the Freshman class isn't real enough. Sure, the New York native wants to make some changes to the landscape, but instead of complaining and hoping for things to change on their own, Will chooses to stick to a simple principle?earn respect through hard work and dedication.

Even at the early stages of his career, Will had the kind of success that would make most rappers get lazy. Fed up with the escalation in police brutality he witnessed in New York City, Will crafted the powerful ?Devil in a Blue Dress.? His politically charged lyrics gained the attention of some of the game's best-known scholars and paved the way for performances with Mos Def, Dead Prez and The Roots. With tracks like ?Devil in a Blue Dress? and ?Same Year, Different Number,? Will's voice broke through the usual boundaries of Hip-Hop and earned him recognition in Esquire and The New York Times.

Will's debut, The Arrival, took things a step further as he used the sixteen tracks to show his diversity. He told dramatic tales on ?Dreams of Getting Murdered? and recited poetry on ?Wishes,? all the while reminding the competition of his dominance with ?Keep it Gritty.? Will represents proudly both for The Domincan Republic and Washington Heights, bringing not only his experience and perspective to each track but the spirit of every man, woman and child from those places that created him.

Never content to sit back and relax, The Foul Priest (as he's known in the streets) continued to work at his craft. He's now ready to come back even harder in 2009 starting with his new single, ?Confuzed,? with Cherine Anderson. Backed by Barrio Jamz Recordings in the office and legendary producers Sly & Robbie in the booth, Will Vill is in the strongest position he's ever been and he's ready to take advantage. ?Man, Listen,? ?Red Eye,? and ?World Warrior? are all on deck to usher in the new album and help him burn through 2009 and beyond.

A lot of emcees talk about going for ?the crown? but it's usually pretty hard to tell what makes them think they deserve it. Will Vill knows he's not there yet, but he knows how he's going to get there and better yet, he has the integrity to respect Hip-Hop the way he wants Hip-Hop to respect him. Line by line, track by track and album by album, Will continues to cement his position and display the kind of work ethic that's become too rare these days. Plain and simple, Will Vill is serious?give him your attention or he will take it.