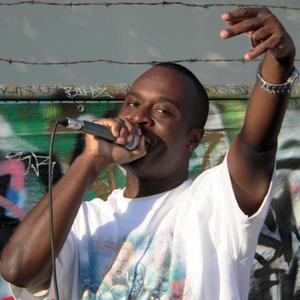 William Berry aka Wildelux (pronounced Will Delux) was raised in the Bronx NYC, the origin of hip-hop. Hip-hop is not just a fad, but a way of life for kids, especially living in the ghetto of the innnercity. After the experience of growing up with hip-hop and living the life of hip-hop, Wildelux decided to take his experience to a higher level. After dealing with the ups and downs of the New York City streets, Wildelux decided to make a move out of state, to broaden his horizon in Music and do it professionally on a world wide scale.

With the help of a good friend, on November 17, 1993 Wildelux moved to Los Angeles, California to pursue his career as a major rap act. Upon arriving in L.A. Wildelux was soon working with big names in the music industry, such as Ice T, the Syndicate Crew, Trekan the Governer, Body Snatchas, and The Silent Ones and he is now an active member of The Last Kind.

Wildelux's Journey in Hip-Hop has lead him to perform in many locations across the United States as well as overseas in Japan. In 2000, Wildeux along with his Last Kind members landed a recording deal with the help of Mike Nardone with Stray Records, which was based out of the bay area. They had a song featured on the "Stray from the pack" compilation called "Detonator". Soon after The Last Kind recorded there first full length International release album entitled " Revelations". Revelations was a critically acclaimed album, but due to poor promotions, the album lost steam before it got hot. Stray records went out of business soon after. Without a deal, or a machine behind Wildelux to put out his music, Wildelux took his chances in the independent market. Under his previous moniker Willmatic, Wildelux drop his first EP entitled "Sneak Preview" in 2003. Selling 3,000 copies worldwide, soon opened up many doors to Wildelux exposing him to a International following as well as local.

In 2005 Wildelux teamed up with L.A. legend DJ Lord Ron, to drop a 12 inch BX 2LA Konnect part 1 & 2, on Storage Room productions label. It had the streets buzzing for a whole year and half. Soon after Will was asked to be featured on Djimon's album entitled ''Real Shit." The French producer blessed Will with a track, and thus the song "Bottomless Kids" was born. He also teamed up with Freespeech on the same album to do "I live my life now."

Wildelux dropped his first full length album entitled Hustlemania in 2007. This album was three years in the making, and Wildelux teamed up with a bunch of hungry talented producers such as Sentense (One half of the incredible production team out Sweden), Sonic Energy, Djimon out of France, Mega lawge and Dj Lord Ron and many more. With helping hands from Rico Won out of Sweden, and DJ Devestate on the ones and two's reppin Elite Fleet, as well as Derek Strong and Free Speech, Will's sole purpose is to bring good and exciting hip hop back to the forefront.