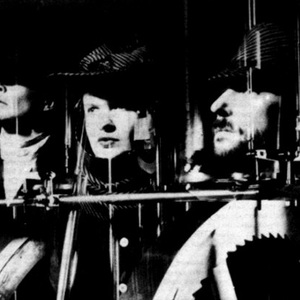 Art of Noise was an avant-garde synthpop group which formed in 1983 in London, England, United Kingdom. For most of the band's career, they consisted of Anne Dudley, J.J. Jeczalik and Gary Langan. The band was signed to ZTT Records, and the label's founders, Trevor Horn and Paul Morley were members of the band from 1983 to 1985. Langan left the band in 1987 and Dudley and Jeczalik split Art of Noise in 1990 but both retained the rights to the name.

Dudley, Horn, Morley and 10cc member Lol Creme formed a group named The Image Of A Group in 1997, then took the Art of Noise name from 1998 to 2000 after J.J. Jeczalik allowed the name to be used.

Anne Dudley, Jonathan Jeczalik ("J.J."), and Gary Langan were members of producer Trevor Horn's in-house studio band in the early '80s before they formed the Art of Noise, an experimental synthpop group whose music was an amalgam of studio gimmickry, sampling, and synthesized beats. Music journalist Paul Morley, co-founder of the ZTT record label with Horn, provided art direction and was also a member of the band. The Art of Noise took material from a variety of sources: hip-hop, rock, jazz, R&B, traditional pop, found sounds, and noise all worked their way into the group's distinctly postmodern soundscapes.

Dudley was the center of the group, having arranged and produced material for Frankie Goes to Hollywood, ABC, and Paul McCartney before forming the Art of Noise. The group signed with Trevor Horn's ZTT label, releasing their first EP, Into Battle With the Art of Noise, in 1983. The following year, the group released the full-length (Who's Afraid Of?) The Art of Noise!, which featured the hit single "Close (To The Edit)."

After "Close (To the Edit)," the group parted ways with Horn, Morley and ZTT, releasing In Visible Silence in 1986; the album included the U.K. Top Ten hit "Peter Gunn," which featured Duane Eddy on guitar. Re-works Of The Art Of Noise, an album of remixes and live tracks, was released that same year. In No Sense? Nonsense!, released in 1987, saw the band experimenting with orchestras and choirs, as well as horns and rock bands. The next year, the trio released a greatest-hits collection, The Best of the Art of Noise, which featured their collaboration with Tom Jones on Prince's "Kiss" (original: Kiss). The collaboration was an international top 20 hit, particularly reaching #5 on the U.K. Singles Chart.

Below the Waste (1990) captured the band experimenting with world music; it received a lukewarm critical and commercial reception. The following year, a low-key remix album directed by Killing Joke's Youth called The Ambient Collection appeared. Later in the year, the Art of Noise broke up. Dudley eventually worked with Killing Joke's Jaz Coleman and Phil Collins.
Trevor Horn, Anne Dudley, and Paul Morley reunited in 1999 for a new album, The Seduction of Claude Debussy. Lol Creme (ex-10cc), a long-time friend of Trevor Horn, was added to the lineup.

Influence: Unreleased Experiments, Before And After Science CD2

And What Have You Done With My Body, God? CD4

And What Have You Done With My Body, God? CD3

And What Have You Done With My Body, God? CD2

And What Have You Done With My Body, God? CD1