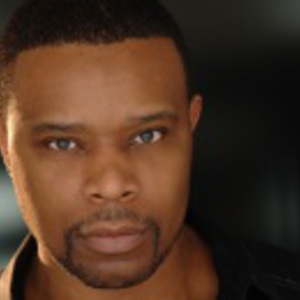 His amazing talents have taken him on many tours nationally and internationally. Walt's signature vocals have also been showcased on several TV and Radio Commercials. He was featured on the HBO special ?Back in Da Hood,? where he co-wrote, performed and produced the song ?Yesterday.? One listen to Walter Christopher and you will hear the voice of a legend. He is a Balladeer by choice and sings and writes with the soul that has been missing in today's music. On his current CD, ?It's All About Love ? Vol. 2,? Walt Chris worked with producers Rhemario ?Rio Beats? Webber of Lyfe Jennings fame and Hubert Eaves IV. The first single, ?So Amazing,? was well received by Urban Adult Contemporary Radio at WHUR (Wash. DC), KJLH (Los Angeles, CA), KOKY (Little Rock AR), KMEZ (New Orleans), KQXL (Baton Rouge, LA), WNOV (Milwaukee, WI), WAKB (Augusta, GA), KRMP (Oklahoma City, OK), WYBC (New Haven, CT), WWMG (Montgomery, AL), WMPZ (Chattanooga, TN), WLXC (Columbia, SC), WBTF (Lexington, KY) and WNSB (Norfolk, VA). The 2nd single from the CD, ?There You Go Again? is currently being played in high rotation on soul radio in the UK. Walter's music is also being featured and/or played on SoulMusic.com, SoulTracks.com, Music Choice, Pandora, Jango, DMX, SpaFax, UK Soul Charts, AccuRadio, Live365.com, SolarRadio, Danceteria, Northwest and American Airlines in-flight radio and many more internet and digital stations. ?It's All About Love VOL. 2? is currently available on iTunes and Amazon.com (US and UK) and will be released (physically) in June 2011 in the US.