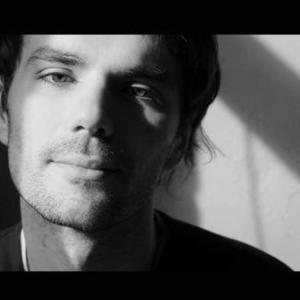 DJ Valique started his musical career in mid 90s as an arranger and musician in several electronic live projects, gradually shifting from raw jungle/industrial music to diverse forms of deep house/nu-jazz/funk/soul/disco/breaks. As an arranger/vibraphonist/percussionist, he recorded an album In 7 Themes with Jglee Dub band, released on Roff Technologies in Moscow in 2003. The year of 2004 was almost entirely devoted to a unique project on the coast of Goa, India: an original design, construction and musical maintenance of a club Butterfly.

It has become a mere alternative to the average local Goa/Psy trance scene, as the club promoted jazzy live performances, afro-beat/house/disco/breaks DJ sets on the coastline. The album Music for potatoe countries was partially composed and arranged in India, including tracks that contain sound backgrounds recorded while travelling and studying Indian classical music. The final touch was added in personal studio in Moscow as well as bringing in trumpet, alto-sax, guitar, percussion, xylophone live performances. Though the album had been basically ready in 2005, it was released on a self-run Vehicle Records indie-label in 2006. In the field of ethnic/world music, Valique recorded a rework album of classical Russian folk and war songs with a sweet voice of Natalya Bondareva, giving the nu-jazz/soul/funk/russo-beat interpretations to the anthems of Russian composers school. The album For the Fathers land was released on Gigant Records, Moscow in May 2005. Particularly interested in Indian music, Valique has cooperated with a Russian/Swedish film-maker Sam Khlebanov on a soundtrack for his documentary Galle Road. It turned out to be a visual diary of several volunteers acting in Sri-Lanka after the Tsunami disaster accompanied with original deep-house/modern classical/Indian musical cocktail. The film was presented on a Goteborg Film Festival on 3rd of February 2006. http://www.filmfestival.org/filmfestival/info/festivalprogram/programentry?freeText=galle+road At the moment, Valique is a musical engine of Iskra Disco, co-working with dj Zig Zag and many instrumentalists and vocalists on reworking their favorite musical trasks to dance-floor hits, as well as creating original tracks. The project is becoming more and more a live version, and Iskra Disco has resently started series of freestyle parties Hanky Fanky running in Moscow clubs.