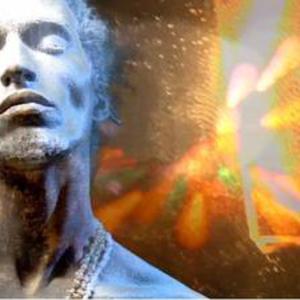 'I feel like the human body has no limitation in moving in any specific direction,so I question whether my spirit is limited. I feel it has the ability to do the same if not more?'' He is a hardworking hip hop artist, surviving in a day and age where many are biased against this art form known for it's rebellious and revolutionary roots. ''Through interpretation fueled by mass media stations and major labels, people have negative views of both our culture and our music worldwide... I really want to break these stereotypes."

He loves great music with styles ranging from Jazz,Blues,Soul,Classical,80's Rock,Alternative to Classic Rock.

Eventually, Unknown wants to venture into working with a full band. Unknown The Universal Element is recognized for painting extremely vivid images with lyrics that compliment music.He isn't providing typical mundane stories or tales that are consistently found in today's over saturated hiphop market.

''I cast burning stars from my palms like forest fires supply sparks/Writing lyrics on magical tablets in angelic language and place them beside Mars/Everything I spit mutates into cures when cats misuse plagues/To make everything full circle like a chicks due date/My minds seen dark things tripled staged like a solar eclipse through space''...He is not pretentious with weak attempts of being eclectic;he is not against writing to commercial tracks because of his views regarding some of the music that is being released as a result of corporations. In fact, he feels that it is good to have ambition and be much more then underground.Unknown feels you can benefit from incorporating other elements.

His love for rhyming is sparked by rich tradition and foundation laid by the early masters of Hiphop music and culture.Un has been compared to those in th vien of great,thought provoking,East coast mc's that came out in the early and late 90's.His flow can easily be compared to Rakim,Nas, and Common, with fluidityreminiscent of a young Kool G Rap;only instead of writing tales about killing the whole mafia,rhymes would be woven with visions of conversing with Nikola Tesla over a glass of fine cognac in the Waldorf Astoria while conducting electrical experiments with playboy playmates at their sides.

Things are looking very promising for Unknown.He has a promising tour schedule in front of him and is thoroughly prepared to showcase his talent. A beautiful video for his single ''Let Go'' is circulating through out the internet and gaining support daily. Unknown is currently bringing his full length album out through SG 33 MULTIMEDIA, a self produced company that sees the vision of the artist and is fully supportive.

Un is recognized for delivering incredible spontaneous freestyle rhymes,impeccable improvisational performance skills and having a mature approach towards studio recording and song writing.He maintains a professional approach at all times realizing that he is involved in the business of making music.When he is not performing or in the studio he is working on marketing or promotions,blogging and video editing.

This east coast native has resided in New York and Maryland respectively.