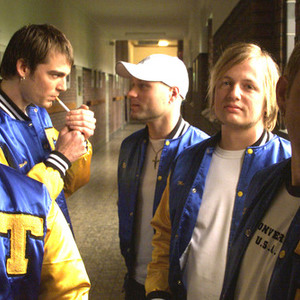 Hailing from The Netherlands (pint-size Dongen), Travoltas were a pop-punk band, combining the energy and power of punk-rock with the melodies and harmonies of classic pop bands like the Beach Boys and the Byrds. The band was often referred to as 'the beach boys of punk-rock' or 'a cross between the Ramones and the Beach Boys'. Their trademark sound was in fact a combination of above mentioned bands and 80's power-pop (the Cars, Blondie) adding influences ranging from surf music to new wave.

Founded in 1990, Travoltas had toured all over Europe, America and Japan and released numerous albums, singles and videos. The band decided to quit after 16 years and 7 albums, and they played their last show on November 18th, 2006 in Gruta77 Club in Madrid, Spain.