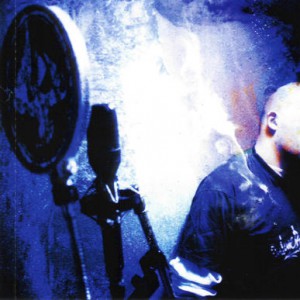 The band was formed 1980 by Chris J. First, Steve Streaker and Claus Wildt. Stefan Wedlund did the vocals but soon Dan Dark joined the band to do the voice. The band released their debut E.P. "Fire Raiser" in 1982, and shortly after that they toured around Europe and did some festivals with as well as Mot?rhead as the German heavy metal band Warlock.

Torch became a classic name during the FWoSHM - First Wave of Swedish Heavy Metal - in the eighties. During their lifetime the band released only a MLP and two albums, but made a permanent mark in the Swedish metal history. Parts of the band have been seen in cover band Eccept, but in 2005 they proclaimed Torch was back in action, which they proved at the Keep It True festival in Germany. Now they will spread some classic Swedish steel at the Sweden Rock Festival in 2009.

The band entered the music scene with an explosion in 2000. The line-up which now consists of Tommy, Thomas, Marius, J?rgen and Torbj?rn proved to be a new force to be reckoned with. TORCH are loud and abrasive, however the real power and passion in the music lies in what the band is really about - melody and vulnerability. They describe their music as emotional hardcore. After recording their first EP, the band took to an extensive tour of Great Britain where they cultivated a massive fan-base and built an army of new devotees. Harder, fresher and more aggressive - TORCH became the salvation for many musically starved people with their unique sound fusing metal/hardcore with melodic choruses that wouldn't get out of your head. Its easy to get hooked on their propulsive riffs and energetic beats. Torch equals passion and enthusiasm delivered by genuine musicians with a genuine love for music

5. An emcee from Tallahassee, FL: http://web.mac.com/hazardoustorch

6. Torch is an American rapper from the Miami, originally from the Bronx. He is a member of the rap group Triple C and signed to Maybach Music.

7. A Reggae artist responsible for song "Like A Lady" (Automatic Riddim), also known as "fyah torch" or "Honey Comb"