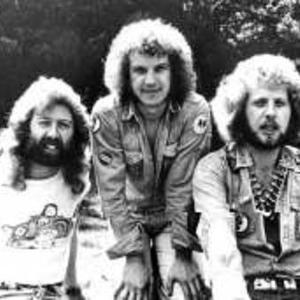 Formed by the brothers Adrian (guitar, voc) and Paul Gurvitz (bass), who had previously been in Gun. Three Man Army made their debut in 1971 on "A Third Of A Lifetime" with Buddy Miles (drums,organ, and bass) as a famous guest star. Mike Kellie would take over on drums shortly after. The band's style was very much hard rock trio including some all around great playing. Session drummer, Tony Newman, was recruited for the recording of "Three Man Army" and "Three Man Army II" in 1973.

Previously, Newman had been in the band May Blitz as well as playing with Jeff Beck, David Bowie and Chris Spedding. He later left to join Bowie's band.

The Gurvitz brothers would later replace Newman with the legendary Ginger Baker in 1974 to form Baker-Gurvitz Army. Adrian Gurvitz continued on through the late-seventies and eighties with his solo career which probably continues today. Paul Gurvitz wrote hits and produced for UK group "Five Star" in the 80's and continues to work in the music biz today.

Soldiers Of Rock (The Anthology) CD2

Soldiers Of Rock (The Anthology) CD1

A Third Of A Lifetime (Vinyl)