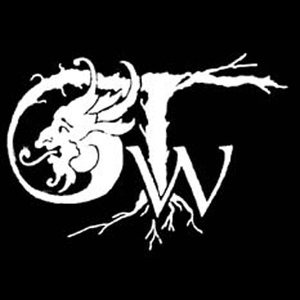 In 1993, Andy Lawrence and Penny Earey decided that they were going to form a Puppet Theatre Company. Neither partner had done this sort of work before. Andy had been a Props/Costume Designer and Maker, mainly for the BBC, making such memorable costumes as a codpiece for 'Blackadder', a Tutankhamun headdress for Lenny Henry, and a two-legged camel for Little & Large. Penny had just finished running a nature reserve in London to be at home with their two excellent children, Zak and Erin.

Together they launched Theatre of Widdershins with the aim of creating high quality puppet theatre for children and their families. After a couple of years of hard graft, bumpy roads and some dead ends, Andy was inspired to design and build 'Rumpelstiltskin' in 1997. A fortuitous meeting with a very talented young composer, Martin Thornton, led to the addition of a specially commissioned soundtrack.

The subtle combination of table top puppetry, pop up set, storytelling and dramatic music used in that show has become a main feature of Widdershins style of theatre.

Following the huge success of 'Rumpelstiltskin', the collaboration of Theatre of Widdershins and Martin Thornton has gone on to produce 'Arabian Nights', 'Three Billy Goats Gruff & Other Furry Tails', 'The King's Got Donkey's Ears!' and 'The Elves and The Shoemaker'.

For more information about Theatre of Widdershins, please visit www.theatre-of-widdershins.co.uk.