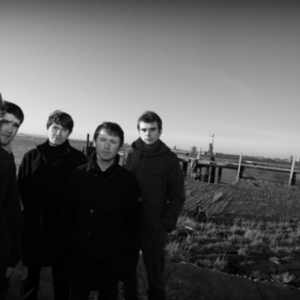 All the members of the band are from the Anfield and Kensington districts of Liverpool, and were close friends before the band started. They have been performing gigs since around 2003, supporting other bands as well as their own shows. They are well known in Liverpool for their band name being spray painted in lots of places. Nick Ellis, the lead singer of the band, has said one of the reasons he started the band is that girls would come to watch them perform.

In 2006, The Maybes? signed their first deal with London based record label, Xtra Mile Recordings. The label released The Maybes?' first record, "Stop, Look & Listen", on a split 7" vinyl with DARTZ! in January 2006 (as part of the Xtra Mile Single Sessions) and went on to sign the band. They also brought out "Olympia" their debut EP, in October 2006.

The band were one of the headline acts at the Mathew Street Festival in 2006, and again in 2007, when they also appeared at the Knowsley Hall Music Festival. They started recording their album in late 2007 and when they had finished recording in early 2008, they set about touring Britain again and playing for local and national radio shows. It was around the same time their second single "Talk About You" was released on download. In April 2008, they launched their own club night at Nation, the home of Cream, called Sonic Temple and in the summer of 2008, the band will play some of the big music festivals such as the V Festival and Isle of Wight Festival, as well as seeing the release of their debut album "Promise", and singles "Boys" and "Summertime".