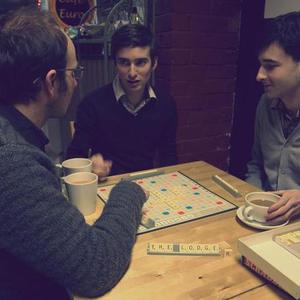 The Lodger was formulated by Pontefract-born songwriter Ben Siddall inside a Leeds bedsit. After a few 7-inch singles on a variety of independent labels such as Angular Records and Dance to the Radio, a debut album titled ?Grown-Ups? was released in June 2007 around the world. This was swiftly followed up by a second record in May 2008, ?Life is Sweet? which was again licensed to various labels all over the universe including the legendary Slumberland Records in the USA and coincided with tours of UK, Europe, Japan and USA.

Their most recent album, Flashbacks mixes their earlier upbeat brit-pop with a repertoire of horns, strings, and background vocals.