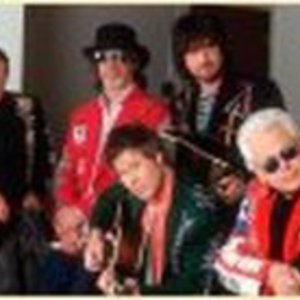 The Brooklyn Cowboys is the moniker of a group featuring several members of known bands, in-demand session players, and touring musicians. The group was formed in 1996 when singer/songwriter Walter Egan (well-known to pop fans and '70s enthusiasts for his Top Ten single "Magnet & Steel") was called upon by Fredrough Perry to work on some of Perry's sessions. The pair worked well together and an offhand remark by Perry led to the formation of the Brooklyn Cowboys.

Bringing respected steel player Buddy Cage (the New Riders of the Purple Sage) into the fold, the group began to tour its brand of country-rock throughout the Northeast, building a live following. In 1997, Egan moved to Nashville and the band re-formed to include singer Brian Waldschlager, bass player Jeff "Stick" Davis (of the Amazing Rhythm Aces), and keyboard player Michael Webb. Entering the studio, the Brooklyn Cowboys were guided by producer Al Perkins (the Flying Burrito Brothers, Gram Parsons) and the sessions produced a debut, entitled Doin' Time on Planet Earth, which included a version of "Carolina Calypso" that Egan had co-written with Parsons, originally appearing on the latter's acclaimed Grievous Angel set. The release received high marks from critics and also managed to achieve commercial success in Europe, where the album made Top Ten placings on independent release charts. In early 2002, the Brooklyn Cowboys released a mini-album, The Other Man in Black: Tribute to Dale Earnhardt, and followed it with a sophomore full-length album, Dodging Bullets.

The Other Man In Black -The Ballad of Dale Earnhardt