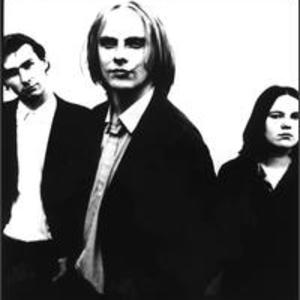 Unfairly dismissed as the egotrip of acclaimed songwriter Luke Haines, The Auteurs were one of the unsung bands of the mid-nineties britpop movement. Releasing their first record, New Wave, in 1993, the Auteurs were compared to Suede, and the resurgent glam-rock movement, and began to amass a reasonable cult following. 1994's second album, and commercial highlight, Now I'm A Cowboy, saw the band embracing at times a more contemporary sound, notably on the single Lenny Valentino, which probably remains Haines' best-known song.

Now I'm A Cowboy was marked out by sprawling guitar lines as much as by Haines' inimitable lyrics, a kind of visceral social commentary. While touring this album in 1995, Haines jumped off a fifteen-foot wall, breaking both ankles, resulting in his being in a wheelchair for the rest of that year, recording the starker, angrier third album After Murder Park, most notable for the ballad-like lead single Unsolved Child Murder, released for Christmas at Haines own bidding. Following this, Haines took time out to work on other projects such as Black Box Recorder and Baader Meinhof, reforming the Auteurs in 1999 for the release of the mostly overlooked final album, How I Learned To Love The Bootboys.

While Haines remains widely respected for his lyrical eloquence and eye for the minutae of life, his eccentric, confrontational personality, and habit of styling himself as a louche ne'er-do-well, perhaps impeded the formation of a more affectionate bond with his fans. The Auteurs, similarly, tended to be respected rather more than they were loved.

People Round Here Don't Like To Talk About It

How I Learned To Love The Boot

Back With The Killer (EP)

How Could I Be Wrong (MCD)