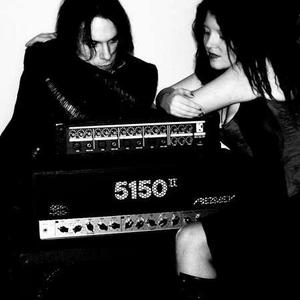 Formed in Macon, Georgia, United States in 1999 by K.Angylus and M.Dragynfly, The Angelic Process produced music over an eight year period. Pioneers and figureheads of the ambient drone metal subgenre of extreme music, their stylistic influence can be found in numerous other bands that have followed. With a sound that fuses layered guitar drone and complex yet fluidly shifting time signatures, The Angelic Process have forged new musical ground, and over the course of three studio albums and two EPs, developed and refined a sound that has been described as "the sound of the soul".

As of October 2007, the band was put on hold indefinitely due to Kris Angylus' severe hand injury. Half a year later, on the 26th of April 2008, he sadly passed away.

We All Die Laughing

...And Our Blood Is Full Of Honey