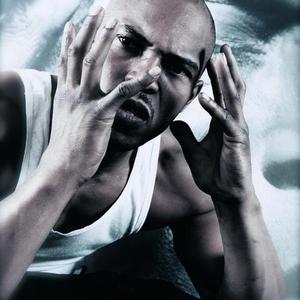 Rapper Sticky Fingaz was the frontman of hardcore rap goup Onyx and is best known for his husky voice and brash rapping style that dragged the hip-hop sound into the mosh pit. The Brooklyn-born Kirk Jones spent much of his early life as a member of a notorious New York street gang. Jones began performing with his cousin Fredro Starr, and the pair was soon discovered by hip-hop legend Jam Master Jay. Soon after, they formed Onyx. In 1993, Onyx released their first album, Bacdafucup, which became a crossover hit thanks in large part to Sticky Fingaz' gritty style and raspy voice.

The group produced two more records before Fingaz left the group to pursue solo projects. Jones also pursued a side career as a film actor. His first solo album, Black Trash: The Autobiography of Kirk Jones, which was released in 2000, is a conceptual album that is cinematic in scope that tells the story of Kirk Jones, a down-on-his-luck ex-con who finds himself wrapped up in the street life. The record stands as an impressive debut that blends Sticky Fingaz' two loves: film and hip-hop. Decade, released on D3 Entertainment, followed in 2003. It didn't fare nearly as well as the debut, but it did crack the Billboard 200. ~ Jon Azpiri, All Music Guide