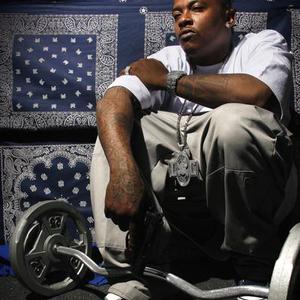 Curtis Norvell Williams (born January 21, 1979 in Compton, California), better known by his stage name Spider Loc, is an American rapper and actor signed to 50 Cent's G-Unit Records. He is also an inactive member of the 97th Street East Coast Crips gang in South Los Angeles. He released his debut album, Brainless: The Prequel, in 2004 and followed this with 2007's West Kept Secret: The Prequel and his latest album, Da 1 U Luv 2 Hate was released in 2008. In 2010 he plans to release his first LP on G-Unit Records, World Wide Web.

Spider Loc was first discovered by Suge Knight and tagged along with Death Row Records, appearing on the DysFunktional Family soundtrack and Kurupt's Against Tha Grain under the name "Spider," but never signed a deal. In September 2004, Spider Loc met rapper Young Buck in Atlanta and did an a cappella for him. A week later in Los Angeles, Young Buck introduced him to 50 Cent on the set of the "Shorty Wanna Ride" video, and he performed a freestyle. After four months, the rapper signed a record deal and a position with 50's G-Unit.

Spider Loc has since been featured on many G-Unit mixtapes such as G-Unit Radio Part 18 - Rags To Riches where he was the main subject of the mixtape and has also released his own mixtape with G-Unit West, titled Bangadoshish (LA Kings), which featured artists Young Buck, Big Syke (from Thug Life), 50 Cent and Olivia.

In January 2006, Spider Loc released his biographical DVD "Brainless The Prequel". His EP, West Kept Secret: The Prequel, was released in September 2007, and the following June, he released the street album Da 1 U Luv 2 Hate.

In 2004, Spider Loc played a small role alongside former Death Row artist Crooked I in Bank Brothers. In 2005, he made his first voice acting appearance as a character on 50 Cent: Bulletproof. In 2007, Spider Loc made his first TV appearance in an episode of Cold Case. 2007 Saw more on-screen appearances, starring in his own movie along with Master P, titled Paroled, as a CJ Tillman. Spider Loc went on to play a small role in an episode of Numb3rs as a prisoner, before making an appearance on the hit show Weeds as a character named Two-strikes.

Be About Your Money At All Coast