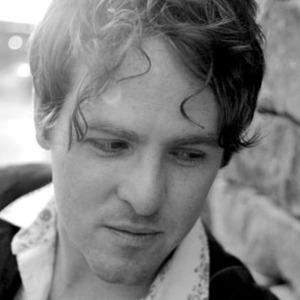 It's that sensation of suspension?whether tucked within the elusive emotions of love, longing, or fear?that's the underlying theme throughout all of Gamble's work, including his latest release, Behind The Blue. Gamble has created a signature sound that's centered on colorful guitar work, intriguing pedal-steel counter lines, and thought-provoking lyrics. On Behind The Blue, which was crafted during an extensive two-year tour throughout the northeast, Gamble strikes a fine balance between classic songwriting sensibilities (?The Story Of Mary...

But there's more to this burgeoning artist than his formidable singing and songwriting skills. A good portion of Behind The Blue was recorded and produced by Gamble in his Frederick, Maryland home. Says Shane, ?Producing this record was as much about the process as it was about the end result.? He brought in famed engineer and Maryland neighbor Jeff Juliano (John Mayer, Lifehouse, O.A.R.) for a majority of the mixing, while also enlisting the help of several renowned sessions musicians. ?Working with musicians like drummer Matt Johnson and bassist Gary Grainger was amazing,? Gamble recalls. ?They helped the songs grow in new directions and forced me to develop as a musician.? Plus, the addition of brilliant pedal-steel guitarist Dave Hadley has made a huge impact on Shane's sound, adding sonic warmth in the studio and an electrifying presence on the bandstand.

Now that Behind The Blue is complete, Gamble is back on the road, bringing his captivating solo, duo, and full-band show to audiences throughout the Mid-Atlantic. He's also gearing up for a national tour, which will extend to the mid-west and southern regions. Baltimore and Washington, DC radio stations such as DC101, Hot 99.5, and WTMD have also joined the effort, frequently spinning Behind The Blue's first single, ?The Story Of Mary.?

So where does he go from here? ?At this point, I'm trying to let things grow organically,? says Shane. ?Good music is all about the truth. If you let go of all the rock star dreams and be honest with yourself and your music, everyone listening will start to understand.?