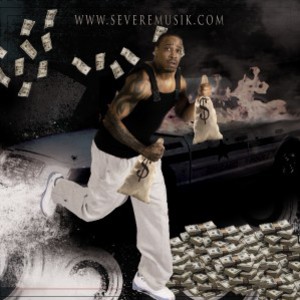 Devon Yachin Ellis, A.K.A. Severe Da Ghetto Shakespeare, was born on Chicago's Southside. Severe began writing poetry at the age of nine and amidst the turmoil of moving between the city and the burbs, he began to develop those skills into a hip-hop format. During his younger years he performed in many talent shows and concerts throughout Illinois under the management of, LaCarrol Ellis. At the age of 18 Severe started performing for numerous A&R groups and record labels in showcases across the region; from his hometown of Chicago, all the way to Los Angeles.

As if that was'nt enough, Severe was also performing solo concerts at many colleges and universities world-wide.

In the summer of ?01 Severe da Ghetto Shakespeare released his first album, titled ?My Lifestyle.? It sold 4,000 copies in under two years, and is still widely respected in the streets. ?My Lifestyle? is still available at Amazon.com. On May 30th, 2006 as a follow up to ?My Lifestyle,? Severe released his latest/greatest album, which is a 40 track double-disc including 35 full length songs. Selling over 10,000 units, entitled, ?Last of My Tears/Love It or Leave It,? this LP features tracks from a wide range of producers in numerous cities at the many hip-hop summits attended by Severe. This album is a statement; an emotional drift through Severe's reality, from the birth of his son, to the death of his father. From being shot, to poverty stricken life as a child, Severe paints a vivid picture of life as he knows it, and what it takes to accomplish street success. ?Last of My Tears/Love It or Leave it? is currently available at Tower Records, George's Music, Play by Play, Gardeners, and Kiss the Sky. You can also find it online at Amazon.com and cdbaby.com. But don't forget to check your local corner for the man himself to cop an album.

As for Severe's future plans, he will continue to work on his third album; Entitled ?Determination?, his plans are to release it in the summer of 2009. Severe's long term plans are to continue establishing a name as an entrepreneur and/or signing with a major label. As always, Severe is determined to succeed, and will not stop until he has achieved the success he deserves.