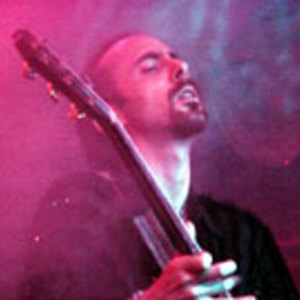 Scott Huckabay is a brilliant guitarist whose groundbreaking style incorporates elements of Rock, Blues, Jazz and Fusion. To watch Huckabay play the guitar today, you are struck by his overall mastery of the fretboard and the way in which his fingers fly up and down the neck of his acoustic guitar. Including using a meteorite for a guitar pick, Scott utilizes every known guitar trick and then adds a few of his own just for fun.

Behind the explosive dynamics and pulsating rhythm of Scott Huckabay's alchemical guitar work lies an inspiring story of healing and recovery that is perhaps, more powerful than the music itself.

In August, 1987, Scott was involved in a near-fatal motorcycle accident in Arizona. Doctors told him that he would never walk or use his right hand again. He turned to the acoustic guitar for therapy and a new music began to well up from deep within his soul.

Scott attributes his healing not only to his new music, but also to the year he spent recuperating on a Hawaiian beach, swimming and being inspired by dolphins and whales. He has accepted this entire experience as a gift. Scott believes his mission in life is to share this gift with the world and to help others find healing, joy, and peace through music.