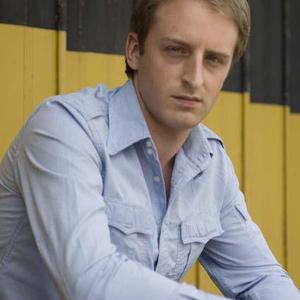 There are at least 3 artists under the name of Scope 1) Scope is Irish based DJ & Producer Ric McClelland Inspered by the "proper" House sound and artists such as Kerri Chandler through to Funk D'Void, his sound as Scope is clearly focused on grooves & melody. Scope's arrival on the global House scene was marked early in 2007 with his debut "Strung Out" ep on Urbantorque, which received massive support across the board.

Inspered by the "proper" House sound and artists such as Kerri Chandler through to Funk D'Void, his sound as Scope is clearly focused on grooves & melody.

Scope's arrival on the global House scene was marked early in 2007 with his debut "Strung Out" ep on Urbantorque, which received massive support across the board. With plays from Fish Go Deep to Sander Kleinenberg, Jimpster to Deep Dish. Now a familiar name with many of his contemporaries, he has remixed many of House music's top names including Francois Dubois, Physics, Milton Jackson, Audio Soul Project and Behrouz.

With releases out on top labels such as Urbantorque, NRK, Large Music, Forensic, Seamless and Plastic City.. Scope's sound is pushing the boundaries of Electronic Dance music, whilst gaining worldwide recognition as a key figure in the scene!

DJ wise you can catch Scope regularly at his Yello residency in Belfast, Nothern Ireland. And also at various party hotspots around the globe. Including gigs in Belfast, Budapest, Dubai, Dublin, Helsinki, Istanbul, London, Newcastle and Valencia already in 2008.

On the airwaves Scope can be heard twice monthly on his Urbantorque Radio shows. Scope's Urbantorque STR8UP show is broadcast 2nd Saturday of every month on: ProtonRadio.com

3) The progressive rock group Scope was founded in Zwolle, The Netherlands in 1971. The band was founded by Henk Zomer (drums) and Rik Elings (keyboards, flute) who knew each other from high school where they played together in a band called Strange Power. Under this name they recorded two singles in 1971, That's the way/Turn me loose and Tenderfoot/Spring. With the addition of Rens Nieuwland (guitar) and Erik Raayman (bass guitar) they became Scope. In the coming years they play a lot throughout The Netherlands and Germany. In 1974 they recorded their debut in Germany for Negram label.

In 1975 Rob Franken (keyboards) joins the band, Raayman leaves the band and joins Medusa, and Elings switches to bass guitar. With this line up they record their second album, also in Germany.

In 1976 drummer Zomer leaves the band and is replaced by Robert Vink for a short time. The next drummer is Roland Zeldenrust. In the same year they see a new bass player, Pablo Nahar. All these changes lead to end of the band in 1976.

Their music is mainly set upon 70's jazz-rock / fusion standards, with reminiscences of Mahavishnu Orchestra, but it also drinks from the fountain of their contemporary Dutch Symphonic Prog peers, like Solution and Focus. In 1982, the group was revived by Rik, Henk, Theo de Jong (b, ex-Taurus) and a succession of guitar players.

Basically rock, hip metal, nu metal and reggae, at least there were a reggae song from each album. The lyrics tells about politic,social.

They had released 3 albums ("Proses", "Bergerak", "Boneka") from 2000 until 2005, and then officially broke up some years after released the 3rd album.