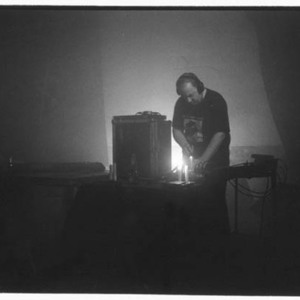 Schloss Tegal has existed since the 90s recording conceptual albums exploring extreme and sometimes morbid subjects to illustrate their subjects. The name came from a castle outside of Berlin that was the first mental patient hospitals. The Caste was destroyed and the patients exterminated during WWII. Their CDs are a mixture of graphical information in the form of audio tapes synthesizers and electronic sound and forensic samples that resemble more of a anthropological film or study rather than music per se.

The music is extreme and overpowering psychogenic (psychological/hallucination) sound intrinsic mind movie which is ultra-real and sometimes subliminal and many times not for the weak stomach. Ths sounds range from dark ambient, experimentral to extreme psychogenic power electronics. Schloss Tegal create what they call hyper-real sound or pshychogenic sound. http://www.schlosstegal.com

The Myth of Meat