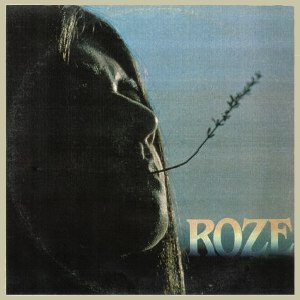 Roze aka Ti?sto /ti?sto/ (born Tijs Verwest /t??s v????st/ on January 17, 1969 in Breda, The Netherlands) is one of the world's most famous trance DJs. Although he has used many aliases in the past, he is best known for his work as DJ Ti?sto. On his latest productions, however, he has dropped the "DJ" label and he is now known simply as "Ti?sto", an alias which is an Italian twist on his childhood nickname.

Globally, Ti?sto is best known for being the first DJ to play live at an Olympic games opening ceremony, at the 2004 Summer Olympics in Athens, and he has also been voted "best DJ in the World" 3 consecutive times by DJ magazine. He is also known for his first production, an acclaimed remix that thrust him into the sphere of world-renowned DJs. As of May 2006 Ti?sto is the official worldwide ambassador for the Dance4Life foundation, fighting the spread of HIV/AIDS, for which he recorded the track "Dance4life".

His hit singles include "Flight 643," "Lethal Industry," "Suburban Train," "Traffic," "Just Be," (vocals by Kirsty Hawkshaw) and his interpretation of Samuel Barber's "Adagio for Strings." "Flight 643" was voted as the second most influential dance track of all time by ID&T fans.[1] "Lethal Industry" has one of the most identifiable climaxes in trance, "Traffic" was the first instrumental track to reach #1 in the Netherlands in 23 years.[2] His artist albums, In My Memory and Just Be, together contain these mentioned songs in addition to more of Ti?sto's better known productions. His Magik CD series of 7 albums, beginning with Magik One: First Flight in 1997 and essentially ending with Magik Seven: Live in Los Angeles in 2000, was the best selling trance mix CD series of all time[citation needed].

Besides his solo efforts he has also worked with the support of Cor Fijneman, DJ Montana, DJ N.Cribbs, DJ FastX, Mauro Picotto, and he has collaborated with Benno De Goeij under the name Kamaya Painters and Control Freak, Armin van Buuren under the alias Major League and Alibi and also BT Brian Transeau. He has previously worked very successfully with Ferry Corsten under the name Gouryella (which is now Ferry Corsten alone) and Vimana.

Ti?sto's motto is: "I feel the energy from the crowd and I try to give it back."

Message from the Heartland