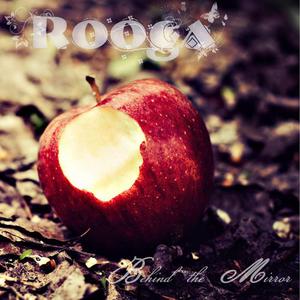 Erase Me, Ila, Kati, New Life, On The Run, The Clock

Colourful, loud and exciting/refreshing the sound of ROOGA tastes like a slice of pure high energy rock with a pinch of delicious funk and just the right amount of groove. Rocky, funky, heavy but also laid back and thoughtful are probably the adjectives that describe their music best. ROOGA know how to convince with songs that make you wanna sing along, dance, laugh or even shed a tear or two when no one's looking.

If you've got the chance to capture them live you'll experience rock music without compromises, be aware ROOGA takes no prisoners, sparks will fly and your auditory canals will tremble with excitement!

ROOGA is on the rock schedule since 2006, and after some line-up changes the ultimate band combination turned out to be singer Kati, Alex on guitars, bass player Victor and Klaus on drums.
In the year of the foundation of the band, 2006 the band managed to win the Local Heroes Bandcontest with bands from all over Austria participating and in the following year 2007 the next contest, namely the International Live Award with more than 1000 bands from 5 nations participating, was also won.
2008 the diligent foursome released their debut record ?Leaving The Scene? (Al Dente Recordz / A-Live) and produced a video clip for the single ?Oryx?.
In the meantime lots of concerts in and outside of Austria were played (e.g. Sziget Festival, DIF, Picture On Festival, Gasometer, Arena, Szene Wien, Supportshows for T.M. Stevens, Soulfly, Dog Eat dog,..) so no one will be surprised to hear that ROOGA have played, despite their rather short bandhistory, more than 80 concerts, some radio and TV appearances, and lots of interviews and similar stuff included.
In early 2009 J?germeister, cult-brand for high spirits, took notice of the Viennese group and immediately asked them to be one of 9 J?gerbands in Austria which the band naturally gratefully accepted. At the moment ROOGA are on tour all over Austria, expanding their fan base,playing on every stage they can set their feet on, fiddling about with new songs, rehearsing the old ones and working on a feature with the Hip Hop Band ?Krieger des Lichts?. No rest for the wicked.
Curious? Eagerly anticipating more? Hopefully, cause this is only the beginning?