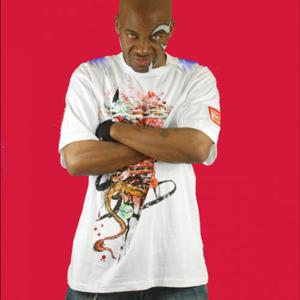 Marek Cimoch, Music I Tried But Didnt Like, Teraz Polska, The Best Of Polish Hip-hop

Defying ordained music genres, UK/US trio ROC have confounded and delighted critics and fans since their first mid-'90s releases. They ransack everything from pure noise to pure pop, combining idiosyncratic male/female vocals, sound effects and straight instruments to reflect modern urban complexity more fully than their tradrock peers. "if the prospect of a pillar-to-post ride through the post-modern gamut deosn't give you a nosebleed, then you and ROC deserve each other" (uncut). ROC are: Patrick Nicholson - keys, guitar, production

"if the prospect of a pillar-to-post ride through the post-modern gamut deosn't give you a nosebleed, then you and ROC deserve each other" (uncut).

The group released their third album "Night Fold Around Me" in June 2006. It's the overdue follow-up to "Virgin" (Virgin Records 1997) and their debut "ROC" (Setanta Records 1996), both widely acclaimed by press and musicians including Orbital and Radiohead.

The new album (on fast-rising London-Brooklyn label 12 Apostles) has been warmly received by UK press:

2 singles have preceeded the album. "Princess" was BBC 6music's Evening Sequence Single of the Week. "Journey to the Centre of Brixton" had plays on Radio 1 and 6music and made Playlouder.com's readers poll Top 50 singles of 2005 (despite only being released in December). A further single from the album "Sink A Bite Into Life" is planned, meanwhile a 12" remix of the track by Aussie electrobrat Dsico is currently topping UK club dj charts.

From their early singles such as "God Willing" and "Girl With A Crooked Eye" (Little Star Recordings), the group was labelled 'perverse' and 'uncategorisable' for their refusal to stick to a pre-ordained genre, instead viewing the whole of pop music as fair game for their ideas. While some viewed this as mere mischief, others realised ROC were attempting something more complex:

"be young, be British, parade some sickly indie variant of pop around the shop, watch your so-called career rise in times of chest-beating patriotism and then dip sharply when people come to their senses; alternatively take the ROC route and visit a Britain that is a more paranoid place that the Albion of their Britpop peers. ROC examine the true youth stories of our time: the long-term effects of hedonism, atomised, uncertain urban lives, boredom." (nme)

"their references are as broad as the Severn Bridge, from Velvet Underground to Phil Spector, DJ Shadow to Kraftwerk, kitsch rock to Europop, but that doesn't matter because ROC still make it sound like they're treading through virgin territory." (Melody Maker).

The early singles displayed a tendecy to black humour (still evident on the latest album). "Girl With A Crooked Eye" is a story of domestic violence on the Costa Del Sol, and "X-ine" contains the line "I hope you both get Aids". But with their first album "ROC" the group revealed a more personal side. Fred Browning and Karen Sheridan delivered forlorn breakup songs, screaming rants and self-loathing. But they still weren't beyond upbeat pop songs ("Hey You Chick!"), dreamy instrumentals and spoken word. They also let loose with all manner of sound effects, real answerphone messages from friends and lovers, taped conversations, fragments of tv and radio. "Excised" starts with a secret recording of a friend's wedding.

The "Virgin" album features "Dada", a techno-riot based around Ugandan dictator Idi Amin's infectious laugh, and "Said What I Said" which predated both Goldfrapp's electro-glam stomps and the UK's appetite for Jerry Springer-type TV shows. But these are again interposed with raw emotional material such as the closer "Ocean & England". Q magazine said: "it ends with a love song - now that is unsettling."

Although branded as pranksters, ROC's story is one of committed perseverance. They gained a 'difficult' reputation when their label wrote an open letter to the industry warning people against working with them; and while critics were celebrating their 'fuck-the-formula' approach, ROC were beyond the wit of marketing departments: two lead singers; too dance for rock/too rock for dance. The band never claimed to be original, noting that artists from the Beatles to Pink Floyd to Prince had used multiple musical styles for their palette. But by mid-90s Britain the lines were drawn: post-rave superclubs versus Britpop's real rock revival. Not much room for people undoing the rules and occasionally coming up with something slightly unusual...

Despite rave reviews for their second album, Virgin dropped ROC during an executive purge in 1999. ROC seemed finished. But the albums reached open ears around the globe, and their reputation has grown. The group continued with three single releases, including "2000Mann" on ex-NME writer Ben Willmott's Spiky label, and toured the UK with Sneaker Pimps. Encouragement from fans and friends led to Karen, Fred and Patrick re-convening in 2003, joining forces with fast-growing Brooklyn label 12 Apostles. In 2004 they were back in the studio, with long-standing collaborators Danton Supple (producer of Coldplay's "X&Y") and Gareth Huw Davies at the desk. "Night Fold Around Me" was completed in Summer 2005.

Finally released this June, "Night Fold Around Me" is a sumptuous concoction of dreamy soundscapes, driving beats, rock'n'roll, trashed ballads, and down-the-centre pop; you'll find less of the Idi/Jerry stuff (though the Baader Meinhof gang made it in), leaving the stage open for Fred and Karen's raging, poignant sentiments.

"not for everyone, but oddly life-affirming." The Scotsman June 2006