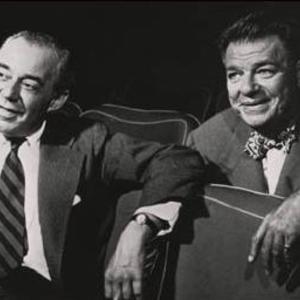 Rodgers and Hammerstein were an American songwriting duo consisting of Richard Rodgers (1902 ? 1979) and Oscar Hammerstein II (1895 ? 1960). They are most famous for creating a string of immensely popular Broadway musicals in the 1940s and 1950s, during what is considered the golden age of the medium. Five of their shows were outstanding successes: Oklahoma! (their first collaboration); Carousel; South Pacific; The King and I; and The Sound of Music.

In all, among the many accolades their shows (and their film versions) garnered were thirty-four Tony Awards; fifteen Academy Awards; two Pulitzer Prizes; and two Grammys. This, in spite of the fact that Rodgers and Hammerstein began writing together before the era of the Tonys - Oklahoma! opened in 1943 and Carousel in 1945, and the Tonys did not begin to be awarded until 1947.