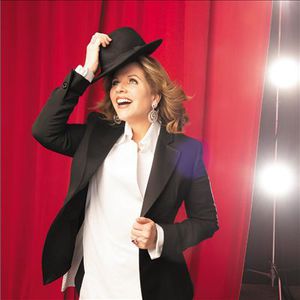 Rene ? that is how the teachers in England called a beautiful, well-read, with gorgeous hair and big, expressive eyes girl from Russia, who was working on her English in a college in Oxford. Her real name is Renata Baykova, she was born on March 7, 1987 in Ufa city. The first success came to her at the age of 16, when she won the title ?Miss English? at the annual school show, where the participants are not only to know the language perfectly, but also need acting skills, abilities to sing and dance. Renata's performance was great and beyond the reach of the competitors.

The second appearance on the big stage during the prom was even more rousing and unbelievable. Her smooth voice, soulful performance were really great and amazed everyone.
Renata started thinking about a career of a professional singer seriously.
Being a student of romance-germanic philology department she takes part in many music shows, performing songs in English.
Sade, Alicia Keys, Brian McKnight, Stevie Wonder are among the musicians who influenced her taste and performing manner.
At 18 Renata first goes to a music teacher, who notes her outstanding talent, her strong and soulful voice.
By that time Renata has made several covers of Alicia Keys and Toni Braxton songs and has shown them in Moscow. That works earned high opinion of professional musicians.
Now Renata is planning to move on in music show business, writes and performs songs in English and Russian languages.
She has already recorded an album, which is called ?Once in a lifetime?. A debut music video is also made on this song.
And who knows, maybe it will bring the romantic beauty world fame and success.

Poet Of The Heart

For It Is Written...