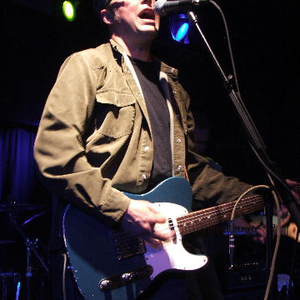 www.radneyfoster.com ?One of the best albums of the year? ? USA Today ?Revival is quintessential Foster, an inspired and crisply recorded batch of tunes that bridges the gaps separating country from rock and pop. The songs are memorable and meaty.? ? Dallas Morning News ?This is a record for Sunday morning and Saturday night; for every moment of pensive reflection, there's an equal dose of rafter-rattling roots rock.? ?Washington Post

?One of the best albums of the year? ? USA Today

?Revival is quintessential Foster, an inspired and crisply recorded batch of tunes that bridges the gaps separating country from rock and pop. The songs are memorable and meaty.? ? Dallas Morning News

?This is a record for Sunday morning and Saturday night; for every moment of pensive reflection, there's an equal dose of rafter-rattling roots rock.? ?Washington Post

?Foster has gone indie with his new release. That sobbing you hear is coming from various boardrooms of the labels that didn't snap his new gem up.? ?American Songwriter

?A most impressive album?will certainly be in the top Americana albums of 2009? ? Houston Press

?Powerful?the whole thing hums with the energy of a songwriter at the top of his game??popdose.com

?If you're not a part of the Foster faithful before you listen to Revival, you certainly will be afterward.? ?allmusic.com

?Radney Foster is one of the most talented singer/songwriters of our time. His voice is so unique, sexy and engaging.? ? Sara Evans


The position that Foster enjoys in the country music landscape is remarkable. Mainstream country music and independent Americana tend to occupy separate orbits. Yet for 24 years Foster has thrived in both as a songwriter, recording artist, live performer and producer. His songs--solo, with Foster and Lloyd and recorded by other artists--have topped the country, Texas, Americana, and AAA charts alike. At the same time, he's earned the respect of his peers and a devoted audience as intent on listening as they are eager to dance.

Foster's latest release, Revival emerged when the Texas native plunged into the rolling waters of change--his father's death and the end of his twelve-year, 5,000-mile separation from his son--and came up with renewed conviction.

Arriving a full decade after the intensely personal See What You Want To See and recorded with the same trusted studio team (Darrell Brown and Niko Bolas), the twelve songs on Revival are a solid bookend to the watershed record.

Most of the songs on the album are what Foster calls "close to the bone," so personal that he either wrote them on his own or with trusted friends, like Brown and Jay Clementi. "I Know You Can Hear Me," is a wrenching goodbye to Foster's father. "I Made Peace With God That Day" and "Until It's Gone"--both written with Brown--respectively capture the anguished fear of losing a child and vow to live with abandon (and crank up the volume) from here on out.

Foster has always had the ability to make the personal feel universal, and every song on this set brings the listener closer. There is a piercing honesty to songs like "Forgiveness" and "Life Is Hard (Love Is Easy)."

He also found a way to bridge seduction--something he's sung about plenty and playfully over the years--and spiritual confession. The stylish, shuffling R&B of "Trouble Tonight" runs seamlessly into the choir-backed gospel boogie of "Shed a Little Light." Foster calls it a "Saturday night/Sunday morning combo," the sort of thing his wife used to put on the opposite sides of mixtapes back when they were dating.

With so much at stake in getting the spirit of these songs across, Foster relied on his longtime road band, now appropriately dubbed the Confessions. Thanks to them--and to Foster's own contributions on electric guitar--the album has a big guitar sound and a raw energy. The band adds a relentlessness to "Second Chances" which perfectly matches the lyrics, and a beautiful, stirring soundscape to "Suitcase."

Foster also enlisted the help of some friends. Dierks Bentley (who recorded Foster's "Sweet and Wild") came in to join the party on "Until It's Gone," and Darius Rucker lends his distinctive harmony on "Angel Flight," a moving tribute to the pilots who fly their fallen brethen home to their final resting places. Foster's co-writer, Darden Smith, started writing the song after talking to a pilot of the Texas Air National Guard who mentioned he flew the "angel flight." Smith asked Radney to finish the song with him, and the pair are donating proceeds from the song to a charity that provides assistance to military families beset by tragedy.

The set closes with a bluegrass reprise of the title track. Radney, Tammy Rogers and Jon Randall gathered around a microphone and in one take captured the spirit of Revival--joy and hope in the midst of uncertainty.

True to its title, Revival is the boldest and most spiritual thing Foster has done to date. But it would be a mistake to pigeonhole it strictly as a gospel release; what Foster is preaching here is the gospel of truth, and having the guts to choose love over fear. And like any good revival, this one will have you dancing, crying, laughing and ready to testify. Like he sings in the opening and closing track, Amen to love.