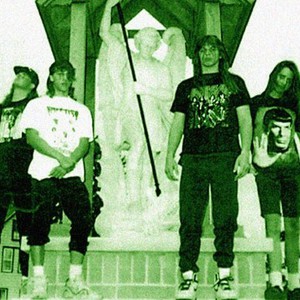 There are at least seven artists that have used the name Phantasm, including a viol consort, a progressive rock band, a fictional anime band, and several defunct rock and metal bands. 1. Phantasm (?????? Fantazumu) is a fictional band from the anime Ch?oS;HEAd, released in 2008 and 2009. The lead singer was voiced by Yui Sakakibara in Japanese and Stephanie Sheh in English. See: ??????(FES cv.????)

3. Phantasm (1994-) is an award-winning quartet of viols, founded in 1994 by Laurence Dreyfus. Their repertoire is centered on 16th- and 17th-century English consort music. The quartet's numerous albums include works by composers William Byrd, Orlando Gibbons, John Jenkins, William Lawes, John Ward, and others.

The band played four Metalfests with Slayer, Sepultura, Impetigo, Deicide, and Obituary, as well as other shows with Bolt Thrower, Morbid Angel, Entombed, and others. In March 1995 they re-released "The Abominable" with one new song, "Gut Suckers," as their first full-length CD. Later that year the band broke up over personal differences.

Consorts In Four And Five Parts