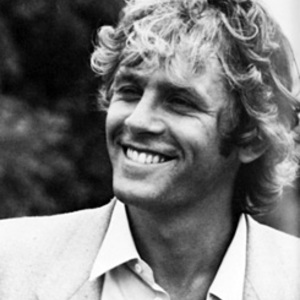 Paul Nicholas (born Paul Oscar Beuselinck, 3 December 1945 in Peterborough, England) is an English actor and singer who has had considerable success on stage, screen and in the pop charts. Nicholas's father Oscar Beuselinck was a highly esteemed entertainment lawyer. During the 1970s, his father's family home was at Letchmore Heath, Watford opposite the Bhaktivedanta manor. Beuselink's clients included MGM, Jack Hilton, John Osborne, The Rolling Stones, Tony Richardson, Richard Harris, Sean Connery, Yes, Robert Stigwood, and The Who.

Nicholas's father Oscar Beuselinck was a highly esteemed entertainment lawyer. During the 1970s, his father's family home was at Letchmore Heath, Watford opposite the Bhaktivedanta manor. Beuselink's clients included MGM, Jack Hilton, John Osborne, The Rolling Stones, Tony Richardson, Richard Harris, Sean Connery, Yes, Robert Stigwood, and The Who. Nicholas's grandparents, Winnie and Oscar, lived in a small cottage on the grounds of the family home. Nicholas's grandfather - who originated from Belgium - had been a chef in the merchant navy during the Second World War before becoming Head Chef on The Union Castle ships between England and South Africa.

Nicholas began his pop career as early as 1960. Adopting the stage name Paul Dean, he formed Paul Dean & The Dreamers who were booked to support The Savages, the backing band for the British rocker, Screaming Lord Sutch. It was here that Sutch first noticed the young Nicholas, who was soon to become vocalist and pianist with The Savages.

Still using the name Paul Dean, Nicholas released two solo singles in 1965-66. After taking a new stage name, Oscar, he began a long association with the Australian-born entrepreneur, Robert Stigwood. In 1966, Nicholas signed with Stigwood's Reaction Records label and his first single under his new name, "Club of Lights", managed to scrape into the lower reaches of the Radio London Fab Forty chart.

The second Oscar single was a version of a Pete Townshend song, "Join My Gang", which The Who never recorded. His third single, a novelty song called "Over the Wall We Go" (1967) is notable for being written and produced by a young David Bowie and it gained a degree of notoriety because of Bowie's tongue-in-cheek lyrics concerning escaped prisoners and incompetent policemen, which satirised a rash of highly-publicised prison break-outs in the UK.

After settling on the stage name Paul Nicholas, Nicholas eventually found success in the UK in musicals, beginning with the leading role of Claude in Hair (which Stigwood produced) before winning the title role in the original London production of Jesus Christ Superstar. The part of Danny to Elaine Paige's Sandy made them the first British couple to play the leads in Grease. He joined The Young Vic under Frank Dunlop and played Claudio in Much Ado About Nothing and appeared in Crete and Sgt. Pepper by John Antrobus. He appeared as the Bully of the Boulevard in Richard O'Brien's T-Zee at The Royal Court Theatre. He also performed in Prospect Theatre Company's Carl Davies musical Pilgrim. It was while touring with Richard O'Brien in Hair in 1970 that he first heard songs from the yet to be produced Rocky Horror Show and made the first professional recording with O'Brien singing "That Ain't No Crime". On the B-side was a song entitled "Very 50s", where O'Brien introduces the characters Brad, Janet, and Dr. Scott (In 2005 Nicholas sent O'Brien a CD copy of the recordings with a view to releasing them as an historical record). Thereafter Nicholas returned to the West End starring in Harold Fielding's revival of Charlie Girl with Cyd Charisse.

Nicholas's film career began in 1970 in a French film with Serge Gainsbourg and Jane Birkin called Cannabis. Whatever Happened To Jack and Jill followed, in which he played Mona Washbourne's character's ungrateful grandson. He followed this as the psychotic killer in Richard Fleischer's Blind Terror. In 1975, he gained international attention when he played the cameo role of the sadistic Cousin Kevin in Robert Stigwood and Ken Russell's film Tommy. He worked again for Russell playing Richard Wagner in Lisztomania.

In 1976 he embarked on a shortlived but high profile pop career, with three Top 10 hits in the UK Singles Chart - "Reggae Like It Used To Be", "Dancing With The Captain", and "Grandma's Party". He released the single "Heaven on the 7th Floor" in 1977. This only just reached the UK chart, but reached #6 on the Billboard Hot 100 listings in the U.S.. He followed this with "On The Strip" which entered the Billboard Hot 100 but failed to enter the UK charts. In the mid-1970s he hosted his own eponymously-titled pop show on children's TV.

In 1978, he co-starred in the cult-classic film Sgt. Pepper's Lonely Hearts Club Band as Dougie Shears. Further films followed including Nutcracker with Joan Collins, Yesterday's Hero with Ian McShane and Susan Summers, The World Is Full of Married Men with Carol Baker, the romantic lead in Invitation To A Wedding, and the loutish punk singer in The Jazz Singer.

Having done the workshop with Sir Andrew Lloyd Webber, Nicholas returned to the West End stage in 1981 to create the role of the capricious cat Rum Tum Tugger in Webber's musical Cats. He followed this originating the title role in Blondel by Sir Tim Rice and Stephen Oliver. That same year he starred in Two Up, Two Down, a short-lived sitcom co-starring Su Pollard. Then in 1983, Nicholas got his first high-profile television role (he had acted in plays and one-off roles through the 1970s on TV) in which he was cast as Vince Pinner in the BBC TV sitcom Just Good Friends, written by John Sullivan.

This role made Nicholas a household name as he approached the age of forty. His character was a wisecracking, smooth but emotionally insecure bookmaker and former ice cream salesman who had a long-running, on-off relationship with Penny Warrender, played by Jan Francis. The show, for which Nicholas also sang the theme tune, was a success. He was also nominated for a BAFTA. It ended in 1986 with the marriage of the two main characters in Paris. Nicholas went on to star in two highly successful series for ITV. In the major drama series 'Bust he was nominated Best Actor. He acted in two series of Close to Home, a sitcom about a vet. During this period Nicholas was seldom off television with many appearances including four Royal Variety Shows.

Nicholas returned to the theatre playing numerous roles on screen in both movie and television projects. He starred as The Pirate King in Joseph Papp's version of The Pirates of Penzance at the London Palladium and the Manchester Opera House, touring again in the same role in the late 1990s. Nicholas starred in Barnum in the first national tour and followed this with a highly successful season at The Dominion Theatre in the West End. At the end of 1991, while touring with Barnum, Nicholas was the subject of This Is Your Life. For his services to show business and charity, Nicholas was awarded a Silver Heart from the Variety Club of Great Britain. Nicholas then starred in the national tour of Singin' In The Rain, which was directed by Tommy Steele.

In June 1996 Nicholas played the role of King Arthur in the Covent Garden Festival's production of Camelot. He repeated his role of King Arthur in a Radio 2 production of Camelot for the BBC. Other radio work included Gracie Field's husband Bert in BBC Radio 4's Gracie. Nicholas then hosted two series of BBC Radio 2's Mad About Musical' and the children's series Cat's Whiskers for Radio 4, as well as his own hour long TV special Paul and Friends for Thames Television. Nicholas is the voice of Spot the Dog, a show for children.

In 1997 Nicholas starred as the wrenchingly confused anti-hero of Karoline Leach's The Mysterious Mr. Love at the Comedy Theatre in London's West End. Nicholas continued to appear as the lead in numerous straight roles thereafter: Simon Gray's Stagestruck, a national tour of Michael Cooney's The Dark Side with Jenny Seagrove, Catch Me if You Can with Christopher Ecclestone, and two plays by Eric Chappell: Mixed Feelings, in which he played a transsexual, and Snakes and Ladders with Ian Ogilvy. Nicholas starred as John Smith in the original production of Caught In The Net. He then co-produced, with Bill Kenwright, a new musical based on Charles Dickens' novel A Tale of Two Cities, in which he starred as Sidney Carton. The musical then played Windsor with a Christmas season in Birmingham.

In 2000 Nicholas appeared in the BBC television comedy drama Sunburn, playing the role of David Janus, owner of the self-titled holiday company that the series centered around. He also played the role of Ronnie Buchan in the new police drama series Burnside. Further television work followed with parts in The Bill and Holby City. Nicholas then played the title role in the national tour of Doctor Dolittle and followed this with the role of Tevye in UK Productions' national tour of Fiddler On The Roof.

In the summer of 2006, he was a celebrity showjumper in the BBC's Sport Relief event Only Fools on Horses, as well as appearing in Doctors, Heartbeat and Holby City.

In the autumn of 2006 Paul was attached to star in the Britflick Cash and Curry as the lead famer.

In 2006 co-produced and starred in the Broadway musical Jekyll & Hyde in a UK national tour.

In 2007 Nicholas and his partner David Ian took part in a search for Danny and Sandy in the ITV1 show Grease is the Word. David Ian was a judge and Nicholas the acting coach to the contestants. He performed with his son Alex Beuselinck in Schwartz Stories, a new musical at the Kings Head. Also in 2007 Nicholas produced and directed Keeler, a new play based on Christine Keeler's autobiography 'The Truth At Last'.

At the beginning of 2007 Nicholas starred as Julian Marsh in the UK tour of 42nd Street, directed by the author Mark Bramble. Nicholas left prematurely so that he could film the new daily ITV1 medical series The Royal Today in which he played the consultant surgeon Mr. Woods.

In 1990 whilst starring with David Ian in a production of The Pirates of Penzance at the London Palladium, Nicholas offered Ian a partnership in co-producing and starring in a touring production of the Joseph Papp version of the popular Gilbert and Sullivan opera. Paul Nicholas & David Ian Associates Ltd were formed to produce the 20th anniversary production of Jesus Christ Superstar on a UK-wide tour, which sold out. They then produced a nightly fully-staged version of The Pirates of Penzance in which Nicholas starred and again they sold out.

The company has since produced numerous shows making both partners millionaires, including:

In 2006 Nicholas set up a franchise operation, the Paul Nicholas School of Acting, aimed at teaching acting to school-age children. There are currently twenty franchises across England.

In January 2008 Paul Nicholas launched 'Paul Nicholas Community Arts', a project designed to engage disenfranchised and excluded kids in the Arts. The pilot scheme will be funded for fourteen weeks by Wyre Borough Council in the North West of England.A twelve week scheme began on the 28th of May 2008 in Blackpool. Paul Nicholas hopes that other Councils in the UK will take up the programme.

Nicholas has been married twice, and has six children. His first wife, Susan, died in a car accident in 1979. Nicholas married his second wife, columnist Linzi Beuselinck, in 1984.