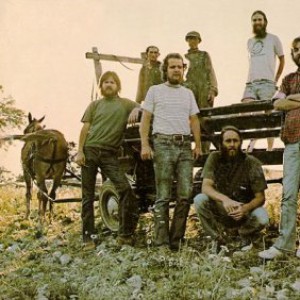 The Ozark Mountain Daredevils were started in 1971 in Springfield, Missouri in an attempt by the singer/songwriter members to have a vehicle in which to display and promote their music. At first, they played in bars and on porches. However, a record executive from A&M records discovered the band, and they began their recording path. The original members of the band consisted of: John Dillion - (vocals, guitars, mandolin, fiddle, piano, harp, autoharp, dulcimer, jawbone, percussion, keyboards)

The Daredevils peaked commercially in 1973-1974 and were best known for "Jackie Blue" and "If You Wanna Get To Heaven", which both got national coverage. However, there was a wide range of music that the Daredevils produced that was widely missed. The influences of the locale and the talents of the band members produced some unique sounds that could be related to "rockabilly" influences. There was also a good body of music that could be classified as country, rock, ballads, folk or blues.

The band changed throughout the years, but played prevantly throughout the '70s and gained and lost members during that time. To this day, there is still a loyal and avid fan following. There are discs still being released by the group, mostly of past performances in the '70s. In addition, many of the members are currently still working on other interests including Randle Chowning, Larry Lee ("Beyond Reach") Mike "Supe" Granda, and possibly others.

A reunion concert was held in Springfield, Missouri at the refurbished Gilloiz Theatre, in May of 2007. The three nights they performed were entirely sold out, weeks in advance of the concert.

It'll Shine When It Shines

The Car Over The Lake Album (Vinyl)