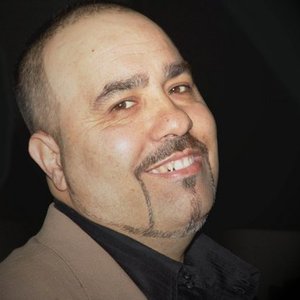 There was a time when Gospel artiste Owen Uriah thought God could never use a man like him. He began his musical journey as a DJ with local sound systems in his home town of Birmingham, England. Owen progressed into a more creative mode as a drummer, but found he had a vocal ability. He decided to use his vocals to lead his band URIAH, which he formed in the mid 1980s. Owen was very successful as a secular artist, fast becoming one of the top artistes on the Club Scene and was in great demand. He toured the country performing classic Soul, RnB and Reggae.

Owen was very successful as a secular artist, fast becoming one of the top artistes on the Club Scene and was in great demand. He toured the country performing classic Soul, RnB and Reggae. Having worked in a live setting along with the likes of Steel Pulse, Judy Mowatt, Papa San, Junior Tucker, Macka B, Pato Banton, Osmond Collins and others.

In March 2003, Owen released his debut EP, "High Praises." This contained 4 tracks, and has become a favourite with listeners at home and abroad. It features popular tracks such as High Praise and More Than A Conqueror, which receives airplay throughout the world.

In March 2004, Owen Uriah released his new album, "More Than A Conqueror." This is a project consisting of 14 tracks, featuring 12 songs written by him. The songs portray his personal testimony and his life experiences. He states, " This album is a presentation of who I am, where I am coming from and where I am going!" It offers encouragement, praise, guidance and ultimately exalts the Lord Jesus Christ.

2005 saw the release of "The Heart of Uriah," consisting of 14 uplifting and edifying tracks. Owen says about it: "This album has been recorded to reveal my heart's desire, and I trust it's your desire too. The intention of the album is to encourage the brethren to chill out for a while from our busy schedules, and let our hearts and minds meditate on God."

Owen Uriah's latest release, in 2006, is "The Same Yesterday, Today And Forever." This new album features 13 tracks of encouragement, praise, and upliftment. The album features tracks such as "What a Friend We Have In Jesus," "Christ Is The Key," and "Ain't Gonna Break My Promise."

Owen Uriah has encouraged and delighted many a concert-goer in Europe, Jamaica and the US. He has gathered fans in U.S.A, Canada, West-Indies, Europe, Australia, Papua New Guinea, and as far away as Japan.

Owen's Ministry
Owen came to the point in his life when he knew he had to dedicate the gift that God had given him to the work of the Ministry. He gave his heart to the Lord in 1985, after attending a Nicky Cruz Rally at the Birmingham Town Hall in England. He then joined the Hockley Pentecostal Church where he was Baptised. He is currently a member of the New Testament Church in Edgbaston, Birmingham in England.

Owen has an anointing to write songs that people from all walks of life can relate to, using familiar rhythms, songs of Praise, truth and reality, conveying the issues of life that we all face. He is committed to the message that is promoted in his music, and conveys an uncompromising message about his Lord and Saviour, Jesus Christ; he directs the listener to Jesus Christ, the Author and Finisher of our Faith.

More information about Owen's Ministry may be found on the Ministry's My Space page, or the main website for Owen Uriah Ministries.

The Same Yesterday, Today And Forever