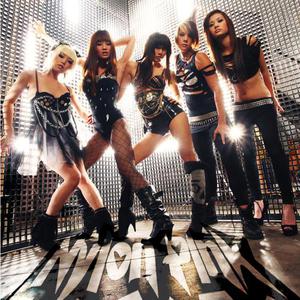 Nylon Pink is an edgy pop-rock band formed in Hollywood California in 2007. United by a mutual love for Guns N Roses, fashion, and all things pink, the pop-rock duo, who are Kaila and Kitt.E.Kat embody the Hollywood lifestyle, blended with a dose of anime and rock and roll. With Kaila singing lead vocals and Kitt.E.Kat on bass guitar Nylon Pink just launched their new single ?Hello Drama? which is a fitting lead single as it is also the brand name for their newly launched jewelry line. The song ?Hello Drama? captures the essence of the girl's lifestyle and personalities.

With Kaila singing lead vocals and Kitt.E.Kat on bass guitar Nylon Pink just launched their new single ?Hello Drama? which is a fitting lead single as it is also the brand name for their newly launched jewelry line. The song ?Hello Drama? captures the essence of the girl's lifestyle and personalities. It is a pop-rock song with a hard driving guitar riff and angst filled chorus mixed with a dash of girlish hope.

Nylon Pink is a multimedia sensation, they currently host their own self-titled show on .. (the first and fastest growing live streaming network) where they interact with their fans and turn the spotlight on like-minded artists. Their newly launched jewelry line ?Hello Drama Jewelry? is already garnering buzz and counts the rock band The Donnas as fans. It is available at select boutiques and online at http://www.hellodrama.net

Prior to Nylon Pink Kaila was a seasoned solo artist and a Myspace celebrity. She is a triple threat, an actress/model/singer and one of the top girls on Myspace with over 9 million hits and 450K friends. She was picked by Rolling Stone Magazine in their annual HOT LIST as an artist to watch out for in 2007. Her music has taken her all over the world and brought her to open for Christina Milian and Amerie. She was picked by Stuff Magazine as one of the 100 sexiest women online and has appeared on countless magazine covers, and appeared in Stuff, FHM Magazine, House of Roses, and many others. She has hosted her own show on .., MTV Asia and MTV CHI and also hosted shows on Octane TV, Torque TV, and Ripe TV. Kaila just shot a supporting role in the movie Penthouse and was recognized for her supporting role in Fast and Furious 3 Tokyo Drift.

Kit.E.Katt is a designer/ stylist whose past credits include designing for Victoria's Secret, Tonetto, La Blanca.& Volcom. She has also designed/styled for musicians and actors such as Weezer, Guns n' Roses, Pussycat Dolls, Kiss, The Donnas, Hilary Duff, Rose Mcgowan and many others. Her designs have been featured in magazines such as Lucky Glamour, WWD, Kawaii, & Cosmo Girl. She recently participated in Los Angeles/New York Fashion Week as a stylist and just launched her own clothing line, Verona Krush, focusing on custom made, one of a kind corsets.