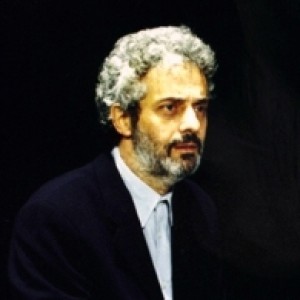 Nicola Piovani (b. 26 May 1946, Rome, Italy) is a classical musician, and theater and film score composer. He received his degree in piano from the Verdi Conservatory in Milan in 1967, and later studied orchestration under the Greek composer Manos Hadjidakis. Rumors have abounded for years that Nicola Piovani was a pseudonym of better-known composer Ennio Morricone, a fact Piovani uses to humorous effect when speaking in public.

Rumors have abounded for years that Nicola Piovani was a pseudonym of better-known composer Ennio Morricone, a fact Piovani uses to humorous effect when speaking in public.

Among his more popular works is the score for the Federico Fellini film Intervista, his second of three collaborations with the famous director, the others being Ginger e Fred (Ginger and Fred) and La voce della luna (The Voice of the Moon). Years later, he composed a ballet titled Balletto Fellini. In 1998, Piovani won the Best Original Dramatic Score Oscar for the score of the Roberto Benigni film La Vita ? bella, better known to English-speaking audiences as Life Is Beautiful. In 2000, the same score was nominated for a Grammy Award in the "Best Instrumental Composition Written for a Motion Picture, Television or Other Visual Media" category, losing to Randy Newman.

To date, Piovani has over 120 film scores to his credit. However, he is reported to believe that, "Too many film scores make a composer a hack, but in the theatre music is above all craftsmanship." Accordingly, he continues to work in musical theatre, and also composes concert and chamber music.