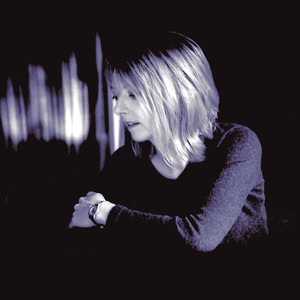 Her debut solo album released in '93 on F Beat Records "A Bowl of Chalk" featured guest musicians Danny Thompson (Everything But the Girl, richard thompson) on double bass and Neil Conti (Prefab Sprout) on drums .....

?There's something indefinably magical in her delivery and in the very human troubled personal conflicts in her exceptional lyrics ? a remarkable debut? (Colin Irwin, Folk Roots)

Teaming up with Saul Freeman to form Mandalay in '95 2 albums were subsequently released on V2 Records in the UK "Empathy" and "Instinct" followed by "Solace" released exclusively in the US several years later.

"one of the most surprising understated albums in eons ... illuminating and optimistic. A muted beauty." (Andrew Emery, Vox)

On hearing "Empathy", Madonna sited Mandalay as her favourite band and chose the first single "This Life" to be featured on the film soundrack for her film "The Next Best Thing". "This Life" was also chosen to feature on the soundtrack to the hit British film "This Year's Love"

?A fusion of classical music, electronics and dance beats. Nicola Hitchcock's strange, emotive vocals seem to come from someone on the edge of a meltdown. The musical canvass paints a picture of a musical Ice Age to come.? (NME singles review)

Many other Mandalay songs were featured on cult TV series' including "La Femme Nikita", "Six Feet Under" and "CSI MIami".

Mandalay's third single "Beautiful" appeared on a number of chillout albums of the time including the world famous compilation series' "cafe del mar (vol 6)" and Hed Kandi's "Serve Chilled". As a result Mandalay were invited to headline at the Cafe del mar 2oth anniversary celebrations in Ibiza in 2000. A sunset remix of "Beautiful" was recorded and mixed by Lenny Ibizarre, the leading chillout DJ/musician on the island. The song "Beautiful" went on to win a major advertising campaign (Estee Lauder, featuring Liz Hurley) and was chosen for the title track of German film "Der Eisbar". More recently "Beautiful" was covered by Sarah Brightman and released as the lead single for her hit album "Harem".

Mandalay's 2nd album "Instinct" was co-produced with Andy Bradfield (Everything But the Girl, Future Sound of London, Bjork) and Yoad Nevo (Jem)

The first single from this album "Deep Love" was remixed by Nitin Sawhney and Mandalay went on to support Nitin on his UK/London dates. Performances at Ibza's chillout festivals followed including "Las Dallias" and "Dreamdaze" culminating in a headline performance at The Big Chill UK, Sanctuary Stage.

A third album "Solace" followed, released exclusively in the US comprising a mix of tracks from Mandalay's two existing albums (both previously unavailable in the US) together with an 11 track remix album with contributions from Wagon Christ, Alex Reece and Charlie May. This marked the beginning of a growing success in America where "Solace" Soundscanned over 44,000 copies.

Towards the end of Mandalay's partnership Nicola's songwiring and vocal talents were sought by various collaborators including DJ Tiesto who chose to reproduce her song "In My Memory" as the title track for his album, the success of which led to a live performance with DJ TIesto at the Dutch Music Awards in 2002.

Following the demise of Mandalay in 2001 Nicola went back to working solo and began new collaborative works with avant garde composers Hector Zazou and Ryuichi Sakomoto, Lenny Ibizarre, and the underground artist & DJ Chris Brann (Wamdue Project, P'taah etc) releasing the resulting album "Passive Aggressive" in 2005, the first release on her own label Tempted - personally autographed copies can be purchased from Nicola's website.

A Bowl Of Chalk