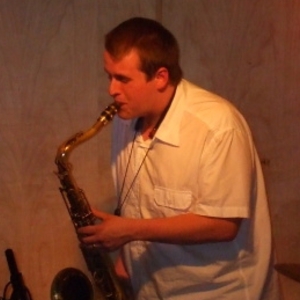 As a former student of Seattle saxophonists Mark Taylor, Jay Thomas, Michael Brockman and a current student of Hindustani music with sitarist Debi Prasad Chatterjee, Neil has a deep appreciation for diversity in our musical world.

Neil received his BM in Jazz Studies from the University of Washington in 2007, and performs on the Seattle jazz scene while maintaining a private saxophone studio. He is a member of the Hal Sherman Big Band, and has performed with the Seattle Repertory Jazz Orchestra, Jay Thomas Usual Suspects, and the Jim Cutler Big Band. Performances include Jazz At Lincoln Center, Benaroya Hall, Paramount Theatre, along with various clubs throughout the United States, and venues in England, France, Germany, Austria, Switzerland, and Belgium. He has performed on the bandstand with Wynton Marsalis, Phil Woods, John Clayton, Brian Lynch, Bobby Shew, Terrell Stafford, Ingrid Jenson, and Scott Wendholt, among others. Neil maintains a busy playing schedule throughout the Seattle area and the Northwest.

Neil strives to create music which is communicative, innovative, and about true improvisation. His music is mostly free, heavily influenced by composition, and above all else, in constant search for a path beyond the body.