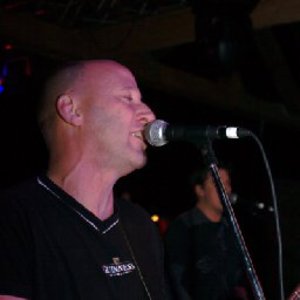 Formed by members of Moon Ska Records recording artists Steve Mandl, Aaron Simms and Rick Dybvad of Easy Big Fella, Natalie Wouldn't entered the music scene in Seattle in 2001. The trio of singer-songwriters pulled together a tasty pop 6 piece with the addition of various players along the way including Shawn Brockman, Tom Adams, Kevin Crosby, Ken Pendergrass and Mike Fanning. The song writing flowed, and the quite original blend of Ska, Soul and Rock-and-roll was born.

The song writing flowed, and the quite original blend of Ska, Soul and Rock-and-roll was born. Combined with in-your-face, tongue-in-cheek lyrics, Natalie Wouldn't's material soon had the band working the larger clubs in and around Seattle. From Seattle's Fenix Underground to the Folklife Festival and Victoria Ska Fest, Natalie is on the move. The new CD ["Ska, Soul, Rock and Roll"] reflects the kind of true collaboration that happens when a band develops a sound live in rehearsal and on the stage. The current 6 piece line-up is sharp and sophisticated as the live show proves; not only a stunning collection of talent, but a shared vision of the direction Natalie Wouldn't is taking as a band.

The mix of songs recently recorded by Natalie Wouldn't includes catchy new tunes such as such as "This is the End", "Doggone" and "One of Those Days", as well as earlier fan favorites. Natalie Wouldn't is currently headlining shows as well as opening for traveling bands such as The English Beat, The Suburban Legends, Bad Manners, The Toasters, MU330, Westbound Train, The Phenomenauts and Satori at major venues in the Seattle area.

Natalie Wouldn't is currently working hard to finish there 2nd album due in 2008. Check http://www.myspace.com/nataliewouldnt for their latest news and dates.