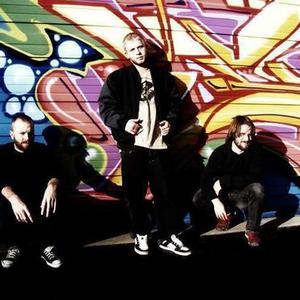 Broken A.k.a Chris Green was born Aug 3rd 1985 In Anchorage, Alaska.Grounded1 A.k.a Trace Hibbard Was born Feb 8th 1984 in Tempe, Arizona. We started making music together in Las Vegas during our high school years.We Have Three full length albums out.The First LP ?self titled? was released in 2005 through Indecline Records.Our second LP ?dos? was released in 2006 on Indecline Records and GhostintheMachine Records.

ur Latest Album Titled ?sides? dropped in June 2008 on GhostintheMachineRecords?We have been a crew for 9 years and have toured all over the America's. We have been on the radio all over the country and have sold albums all over the world. We have also scored many graffiti,ruckus,skateboarding, snowboarding and bmx films for our friends and some well known companies.All in all we are nothing more than 2 kids stuck in a world full of adults.
Follow us on facebook http://www.facebook.com/n1nthcloud
Follow us on twitter @n1nthcloudcrew
Follow us on YouTube http://www.youtube.com/broken48hours