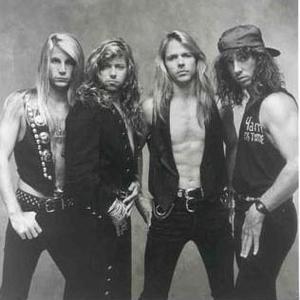 McQueen Street was an aggressive, no-nonsense hard rock band with huge riffs and melodies backed with provocative lyric sensibility. Formed in Montgomery, Alabama by Derek Welsh (vocals and guitar), Michael Powers (guitar), Richard Hatcher (bass) and Chris Welsh (drums). Renowned producer Tom Werman was so impressed with their demo that he personally asked to work with the band. Billy Idol and Vince Neil guitarist Steve Stevens also helped produce and lent his hand to some guitar work on the debut album, but unfortunately the album sank and the band disappeared without a trace.

A second album was rumored to be recorded with producer Tony Platt, but if it exists it has yet to be released. Derek Welsh fronted a band called Rat Race in the mid 90's, and wrote poetry books. The group reformed in 2003 to tour and release their first new material in over ten years.