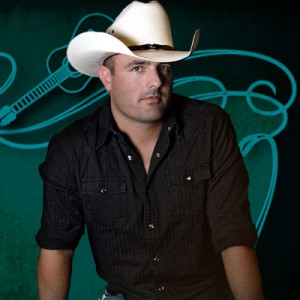 Matt Stillwell's move to Nashville was the ultimate eye-opener. "I watched friends do showcases and hoped someone would show up," he says. "I watched them being promised record or publishing deals that might or might not happen. So I made the decision that what I needed to do was to eliminate the ?no's, and the way to do that was to go build a following." A man with a work ethic as big as his talent, Matt did just that, and in this age of American Idol and viral videos, he has built his following the old-fashioned way--one city, one club, one crowd at a time.

"I watched friends do showcases and hoped someone would show up," he says. "I watched them being promised record or publishing deals that might or might not happen. So I made the decision that what I needed to do was to eliminate the ?no's, and the way to do that was to go build a following."

A man with a work ethic as big as his talent, Matt did just that, and in this age of American Idol and viral videos, he has built his following the old-fashioned way--one city, one club, one crowd at a time.

In the last year Matt has had numerous accomplishments, with his past two singles ?Shine? and ?Sweet Sun Angel? climbing up the radio charts and both singles receiving a tremendous amount of airplay on GAC and CMT. Matt has appeared on CBS Sunday Morning with NASCAR legend Junior Johnson in a set that showcased ?Moonshine? and Matt's sponsor Carolina Catdaddy Moonshine. Matt played the Freemond Street Festival for the ACM Awards in Las Vegas with Zac Brown Band, Jason Aldean, Jake Owen, and Kelli Pickler. He has also played shows with highly recognized country music talents such as Alan Jackson, Darius Rucker, Eric Church, Pat Green, Randy Houser, Eli Young Band, and Colt Ford.

Matt Stillwell has proved to be a distinguished success, signing with Average Joe's Entertainment, Full Scope Entertainment and is now being booked by New Frontier Touring. Matt has also created his own music festival ?Stillwell Shinefest? and by the second annual festival, held in Village Resort in the mountains of North Carolina, the audience nearly tripled in attendance.

Since the release of his debut album, Shine, and the current single from the record ?Dirt Road Dancing?, fans nationwide can experience the magic that Matt brings to bear every time he steps in front of a microphone. In a recent interview, Roughstock.com noted "Matt Stillwell has managed to carry a niche in the country music world with his star on the rise."

Shine, his current album release on Average Joes Entertainment, showcases the qualities that have brought him to the threshold of national attention--the songwriter's knack for finding the truth in any situation, the vocal chops to do justice to the joy and passion in each song, and the ability to take an audience on a roller-coaster of emotion and leave them better for the ride. Local news and gossip site NashvilleGab.com praises Stillwell's versatility adding, "Matt proves he is not a one sided artist, and shows his softer side balanced perfectly into the mix."

Matt is best known as a performer with a rowdy sense of fun, and that side of him is in full flower on the new CD. It opens with "Shine," an anthem to the joys of the Mason jar and the moonshine produced in places like Matt's beloved western North Carolina. It's a song in a league with some of modern country's best sing-along anthems, and it is the perfect starting point. There is also "Whiskey Well," about the process of turning heartache into a party, and his newest single "Dirt Road Dancing," celebrating the outlook that says the music should be loud, the drinks cold and the men and women single and rowdy.

Dig a little deeper, though, and you'll find Matt's keen eye for the nuances of love and loss, and the twists and turns of a good story. There is "Somewhere Between Me And You," with its unblinking look at a relationship gone wrong, "Go Away," dealing with the aftermath of lost love, and "Moment Of Weakness," a harrowing look at temptation and the decisions that change everything. ?Sweet Sun Angel,? is a feel-good summertime anthem that evokes images of carefree days in the sun with the one you love. Matt, who wrote five of the album's ten cuts, also demonstrates his ability to make a song his own, as he captures all the longing in Ryan Adams' "Oh My Sweet Carolina."

Shine showcases a performer who can be rowdy and side-splittingly funny as well as passionately engaging, who can get an audience laughing, crying and singing along, and for whom music is simply an extension of his personality.

"I love real music," he says, "something I can believe in and relate to."

He can comfortably take that reality in either direction.

"My shows are pretty big parties," he says, flashing his trademark grin, "but I have a lot of serious songs and a lot of storytelling I do."

For Matt, the process of bringing hard work and self-expression to bear on life began early on. It was coupled, then as now, with a sense of adventure and of drawing outside the lines. One of his first memories involves digging with his toy backhoe under the blacktopped hillside drive that crossed his backyard to a neighbor's house.

"They had to repave it," he says with a laugh. Fortunately, his dad was in construction, as are his identical twin brothers. His mother keeps the books for his brothers' company.

"Ever since I can remember,? he says, ?my dad was up at 4:00 in the morning to start his work day. During their senior year in high school, my brothers would go to school half a day and then go and work at their construction business. My mom was a schoolteacher then and she ran the household and got everybody out the door to school and to practice. I don't have to look anywhere for inspiration or for reasons to get out of bed and work my ass off. What I do is easy compared to what my family has always done."

He grew up in Sylva, North Carolina, an outdoors paradise that is home to some of the best bluegrass, country and Southern gospel music anywhere. He sang in church and recalls being enthralled by Lee Greenwood at Magic Waters, a theme park in nearby Cherokee. He was also fond of trying to imitate the distinctive voice of Inspirations tenor Archie Watkins. As he grew up, his list of influences grew to include Waylon Jennings, Johnny Cash, Merle Haggard, Ronnie Bowman and Ben Harper.

For much of high school, athletics was a higher priority than music. Matt was in chorus and in school productions until his senior year, when he left them behind to take part in football, basketball, track, and, most passionately, baseball, heading for a batting cage after practice for other sports. In college, and was part of the Southern Conference-winning Western Carolina University baseball team, playing both infield and outfield. That, ironically enough, led him back into music.

"We would go to parties and I would sing, which impressed the girls--and that got my attention,? he says. ?That's how it really got started for me."

By his junior year, he was being touted as a probable major league draft choice, but when that didn't happen he had to look at his priorities.

"I could have chased the dream and went and tried out and played independent ball," he says, "but I thought, 'If I'm going to chase something,' I'd rather it be music."

His first professional experience was singing gospel, but he soon realized he wanted his music to have a broader appeal. During a visit to Nashville, he says, ?I took a walk downtown, going to the Ryman and other places. I was supposed to be selling real estate, which was the job I had at the time, but instead I wore blisters on my feet. I couldn't get enough of it. That kind of got my juices flowing."

Three months later, he had an apartment in Nashville and was attending Belmont University, the music business school that nurtured Trisha Yearwood, Brad Paisley, Lee Ann Woman and Josh Turner, among others. After one full semester, he realized he just wanted to learn enough guitar to be able to write and sing demos. Once he did, his family's persistence and his own athletic heritage kicked in.

"I was used to a regimented practice schedule with baseball," he says, "and I was also used to dealing with the frustration of trying to get better. A great hitter fails seven out of ten times. You'll reach a plateau, and then you get inspired again and keep moving up. Those musical frustrations didn't crush me. A lot of people quit at that point. Because of my background in athletics, I didn't."

He began playing in Knoxville and in and around Sylva.

"After a little while, you get pretty good at it," he says. As he developed a following, his wider circle of acquaintances from college and from the summer ball he played helped lure him to new cities, and he drew enthusiastic crowds in Atlanta, Charlotte, Raleigh, Statesboro, Chapel Hill, and Asheville.

"I learned early on," he says, "that keeping people there would keep my employment up," and by that time he had found the secret. Word of mouth about this amazingly energetic, funny and entertaining singer who could also sing serious songs made him one of the Southeast's most in-demand performers.

His lifestyle at first was a Spartan one--just him, his car, his guitar, and the couches of friends in each town. Word spread, the crowds got bigger, and he began opening for acts like Luke Bryan, Lee Brice, Chris Knight, Zac Brown and Corey Smith, and working festivals with the likes of Trent Tomlinson and Jake Owen.

He made use of e-mail lists and text messaging to spread the word--the perfect mix of new technology and classic talent.

"The lists are mainly girls," he says with a grin, "but I knew that if I got the girls to come, the guys would follow."

His first, self-produced recordings carried his music further, and as his audience grew, he attracted a group of believers who form the production and promotion team around the current project.

These days, Matt does both full-band and solo, acoustic gigs.

On the other side of the spectrum, his recent affiliation with Catdaddy Carolina Moonshine has given him the opportunity to headline ?field parties? that help him and his fans live out his rowdier material.

He finds both kinds of gigs to his liking.

I don't want to get pigeonholed into just one thing, he says. "I want to do the big field parties, and the intimate little clubs. I want to do the me-and-a-guitar thing and I want to work more with a full band.?

His big dream brings it all full circle.

?Someday I'd like to sell out the Ryman for a gig that was just me and my acoustic guitar,? he says. ?I think that would be the ultimate gig ever."

Given his abilities as both a dreamer and a worker, there's little doubt one day we'll see it happen.

Take It All In