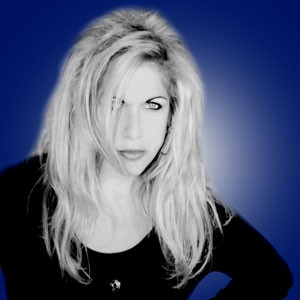 Marina is a name of at least four acts: 1) Marina ?uczenko, nicknamed MaRina, a Polish singer, composer and actress. She was born on 3 July 1989 in the city of Vinnytsia, Ukraine. Two years later she moved with her parents to Poland - the homeland of her grandparents. One of the landmarks and decisive stages in Marina's life was her qualification for the "New Wave" festival (Latvia 2007) out of 7.000 candidates from 37 countries of the world.

1) Marina ?uczenko, nicknamed MaRina, a Polish singer, composer and actress. She was born on 3 July 1989 in the city of Vinnytsia, Ukraine. Two years later she moved with her parents to Poland - the homeland of her grandparents. One of the landmarks and decisive stages in Marina's life was her qualification for the "New Wave" festival (Latvia 2007) out of 7.000 candidates from 37 countries of the world. To her surprise, Marina, representing Poland, got into the very finals. She was awarded the prestigious 3rd place (prize worth 20.000 USD), received special award - a record contract from the German branch of Universal Music (which she eventually rejected due to highly restrictive contract terms) and, first and foremost, she received a special prize funded by the legend of Russian entertainment scene - A??a Pugaczowa. Impressed by Marina's talent, A??a Pugaczowa funded the prize worth 50.000 USD intended for Marina's further musical development. During the final performance at "New Wave" festival, together with the remaining finalists Marina had the honour of singing with Stevie Wonder on the stage.

In 2010 Marina drew attention of Maja Sablewska (former manager of famous Polish singers such as Doda and Edyta G?rniak) who became her manager and guided Marina's career for one and a half years. At that time Marina released 2 singles: Glam Pop (2010) and Pepper Mint (2010), received ESKA Music Award (Debut of the Year 2010) and got nominated for two VIVA Comet 2010 Awards - in the categories (Debut of the Year 2011) and (Image of the Year 2011). In February 2011, after the end of cooperation with her manager, Marina withdrew to the studio and recorded completely new, original material for the long-awaited debut record.

In November 2011, her debut album named ?HardBeat? was released, being promoted by her third single ?Electric Bass?, along with the music video which was shot on a Spanish island Fuerteventure. Marina is the co-author of almost all the songs on the record. Her previous singles ?Glam Pop? and ?Pepper Mint? were not included on the album, as the ownership rights belonged to her previous manager.


2) A post-hardcore band from Prague, Czech Republic. The band was formed in summer 2009 by Egor Erushin, Artem Frolov and Artem Setkin. The band has released their debut 2-tracks self-titled demo 08/07/09. The band has gained local popularity after their first show at Through The Noise Fest vol.1, 08/29/09. After few shows Artem Setkin left the band to join Slave Driver. Two new tracks were released in January and February of 2010. In March of 2010 Artem Frolov had also left the band to join Birds And Wolves. In October of 2010 the band was complete again with Martin Krejcik (bass), Jerry Valasek (guitar) and Daniel Reichel (drums). In December of 2010 the band released an EP entitled In Hearts The Hope Prevails, which recieved mostly positive reception from critics and the audience. Later, Vladimir Krejcik joined the band as sampler. In March of 2011 the band stated that they are starting to record the new album; At the beginning of April the band announced that the whole line-up (except Erushin) is quiting. The band is now on hiatus, preparing the new line-up and songs.

4) A mononym of Marina Kamen (b. New York City, NY - nee Marina Chamlin), who married Roy Kamen (an NYC recording engineer, at the Music House Studio), at the age of twenty-three.

Marina started dance at 4, added violin and piano at age 7, and then went on to study opera and violin at the prestigious Manhattan School of Music. She pursued a career as a singer/dancer/actress, supplementing her income by teaching aerobics at Body Design By Gilda.

She met her partner for life, recording engineer Roy Kamen, at The Music House, a major music/audio production studio in NYC. Soon the two launched their own studio, Kamen Entertainment Group, Inc., which opened in 1987. Over the years, Marina has written, cast, and produced thousands of commercials, often doing voice-overs and jingles for companies including Snicker's Ice Cream, Footlocker, Coty Stetson, Cherry Coke and VH1.

This singer, songwriter, violinist, keyboardist and producer combines drive, ambition and a relentless passion to be the best in the industry.Perfecting her craft has been a lifelong goal.Her next single is Do You Want To Dance, the Bobby Freeman hit, with rap from Kraze, who is known for his big hit The Party from the eighties. Then she released the singles The Silent Night and Rocket To Your Heart, which contributed to establish MRK in the world of Europop.

Then followed a 3-title project called The Dream Lover EP, including Marina's Dream Lover, Um-Lotty-Da, and a cover of Jewel's Foolish Games (featuring an extra-special string arrangement 'a la Marina'). The EP was released in late January 1998.

In January 1999 Marina released a single called Sisters Are Doin' It For Themselves, a cover of an Eurythmics song. Finally her d?but album entitled Um Lotty Da was released. It contained 12 tracks, 9 MP3 extended tracks and the music video for Stay Away Too Long. Available exclusively online at MRK Records from December 1, 1999 it was released in record stores from January 15, 2000.

In June 2000 Marina released an album in which she covered some famous singles. Entitled Under Her Covers, it is dedicated to all her fans. At the same time, a remixes album was released.

Ancient Dreams In A Modern Land